Exclusive: Yunier Dorticos warns Murat Gassiev he has had the bad luck of facing him in WBSS semi-final 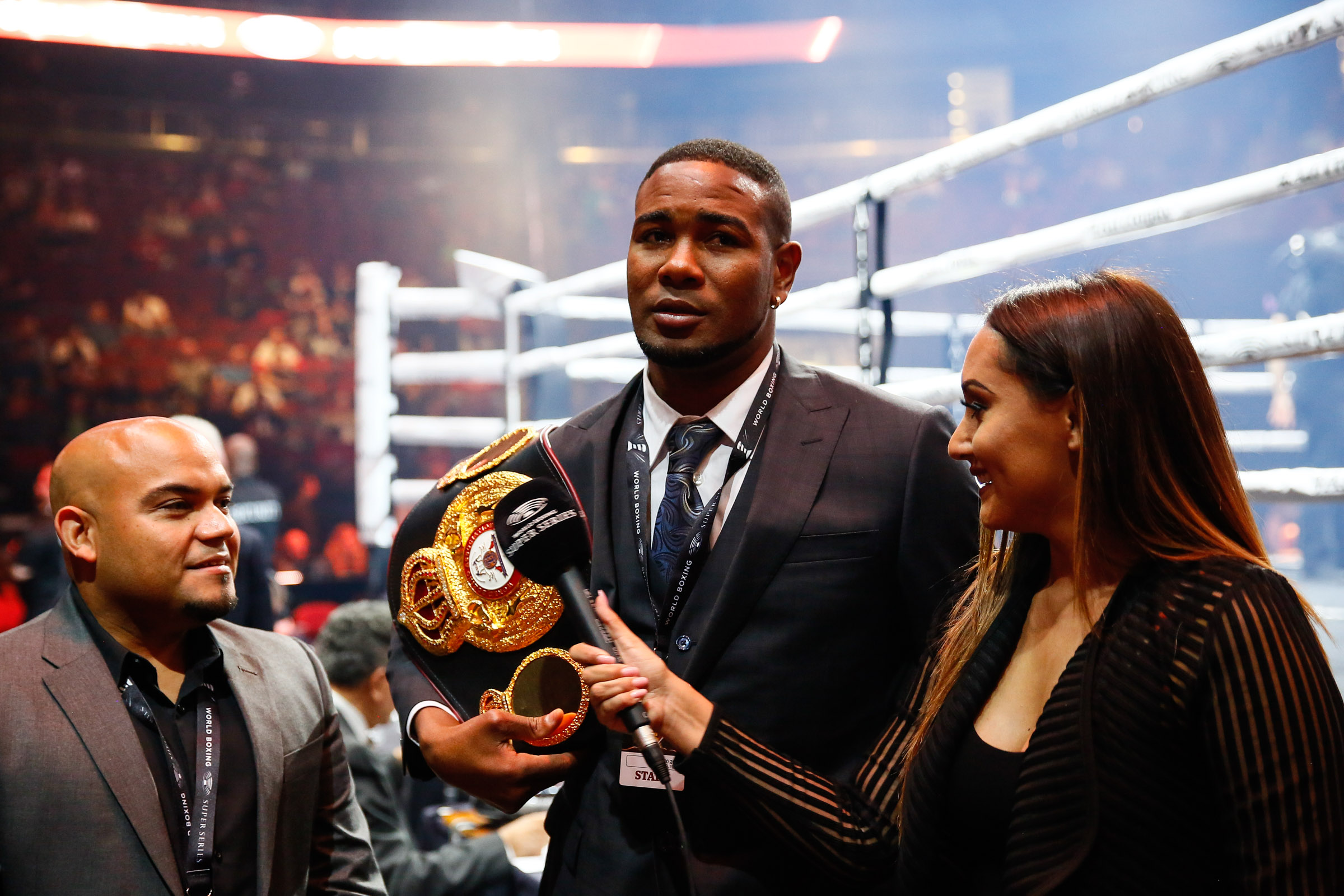 WBA cruiserweight titleholder Yunier Dorticos (22-0, 21 KOs), is getting prepared for his upcoming world championship bout against Russia's undefeated Murat Gassiev (25-0, 18 KOs) early next year, and after his second-round knockout victory over Dmitry Kudryashov in September, the Cuban has his eyes firmly set on a similar performance against the IBF champion.

The 31-year-old was ringside to witness Murat Gassiev's crushing third-round knockout victory in the last quarter-final fight of the World Boxing Super Series cruiserweight tournament on Oct. 21 in New Jersey against Krzysztof Włodarczyk and believes this fight will be the best fight of the tournament.

''I have taken a long time following the career of Murat Gassiev. An excellent puncher, fighter and boxer. I would have liked to have met him in the final as I am very fond of him as an athlete, but I came to box and win this tournament. He has had the bad luck to face me in the semi-final,'' begun Dorticos.

The two fighters will put their WBA/IBF titles on the line in what will be one of two unification bouts in the cruiserweight tournament. Dorticos won the WBA interim title against Youri Kayembre Kalenga in May 2016. He was then elevated to the regular champion when Beibut Shumenov later retired from the sport due to injury. Murat Gassiev claimed the IBF title in a 12-round split decision win over Denis Lebedev back in December.

Although Dorticos, who is known as "The KO Doctor," will have the opportunity to pick up a second world title which will be scheduled for a date in either January or February. The titles are not the main priority for him as he advances through the series. He would like to claim all the titles to make history and become an undisputed champion at 200-pounds, but establishing himself above the rest of the division comes first.

''The most important thing of the tournament is to win it and to prove I am the best fighter. The titles take a back seat. I want to be the first boxer in the world to receive the Muhammad Ali trophy. That's the trophy I want,'' stated Dorticos. ''I asked to join this tournament. I found out by the historical meaning that it has that I had to be in it.''

The other semi-final will be a title unification bout between Oleksandr Usyk (13-0, 11 KOs), and Mairis Briedis (23-0, 18 KOs). The finalists will then compete for the Muhammad Ali trophy, establish themselves as the best across their divisions and hold all the championships. The finals are due to take place in May in Jeddah, Saudi Arabia.

''Tournaments like this should be given more often. Boxing needs it, the best fighting the best. That's why I joined this tournament with all the best fighters, to prove I am the best cruiserweight in the world.''

After turning professional in 2009, Dorticos has won all 22 of his fights with 21 coming by knockout. Despite being on a devastating run of wins, he claims we are still yet to see him at his best and believes it will take someone like Murat Gassiev to deliver a fight that will give him the test he needs.

''Wait for the Yunier Dorticos that everyone knows, there is more to come. I do not come to play around or respect my opponent. I'm going for the knockout once the bell rings. You will see the best of me to come in this fight, I will come out victorious.''