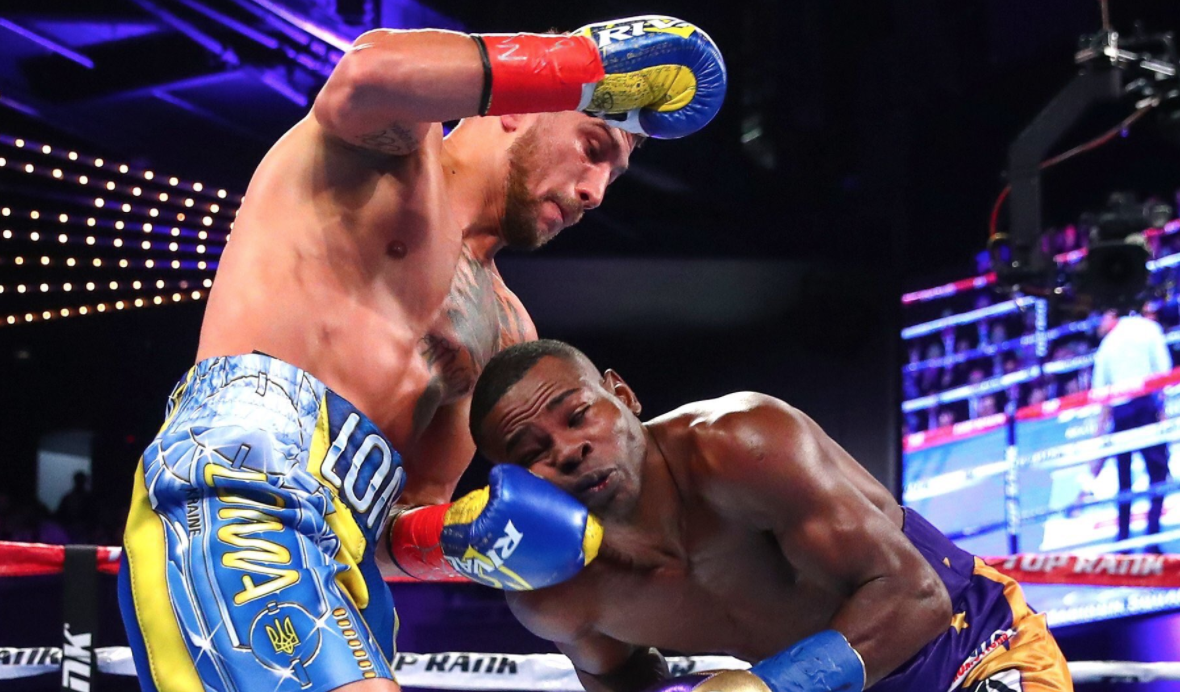 In a boxing match between fighters at the highest level at the theater in MSG in front of a sold out crowd live on ESPN. For the first time in boxing history two olympic gold medalist Lomachenko & Rigondeaux went head to head. Vasyl Lomachenko dominated previously unbeaten WBA super bantamweight world champion Guillermo Rigondeaux on Saturday night when Rigondeaux quit after six rounds citing a hand injury.

Both fighter in their southpaw stance did not make it easy for the judges to score. The battle of the jab in round one both fighters testing the waters and touching each other with trying to make things happen. The battle of the jab continued into round two until Loma landed a stunning left hook but Rigondeaux shook it off. Lomachenko started to press the action and Rigondeaux was willing to respond with his own punches. Then Lomachenko landed a solid combination that stunned Rigondeaux for moments.

Lomachenko set up traps and faints which usually make fighters lose positioning or give up ground. Rigondeaux a master of position didn't take the bait. Lomachenko looked so much bigger then Rigondeaux and it did not look like any of Rigondeaux punches were hurting him.

In the four round Lomachenko starting to pick up the speed and just picking Rigondeaux apart controlling the fight. The 5th round was more of the same, as Lomachenko continued to school Rigondeaux winning the rounds. In the 6th round Rigondeaux was deducted a point for holding too much. At this point he was already down in on the scorecards. Then suddenly Rigondeaux quit in his corner as they reported that he injured his hand.