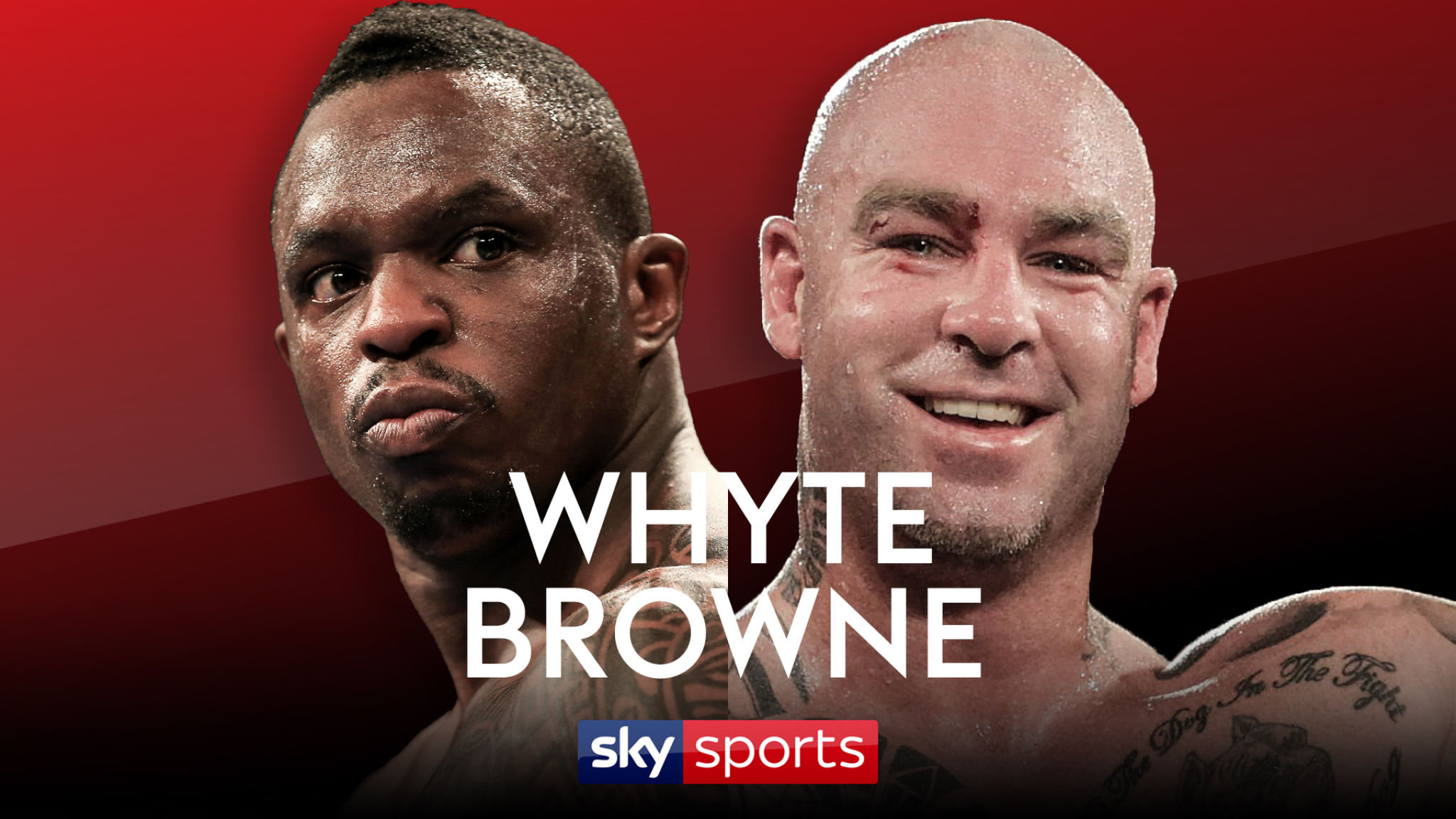 Whyte was last in action in October on the undercard of Joshua vs. Carlos Takam at Principality Stadium in Cardiff, where he scored a 12-round unanimous decision over former world title contender Robert Helenius.

Browne (25-0, 22 KO's), a 38-year-old veteran from Australia, knocked out former titlist Ruslan Chagaev by 10th-round knockout to win a heavyweight world title in March 2016. He was stripped of the title in May 2016 and suspended for six months after testing positive for the illicit substance clenbuterol.

The WBA later absolved the boxer, saying it was unlikely he intentionally ingested the weight loss drug. However, Browne, who was due to fight Shannon Briggs for a vacant world title, tested positive for the banned substance ostarine, which is supposed to increase stamina and recovery ability, just six months after the first failed test.

Browne did return to the ring in June 2017, knocking out American journeyman Matthew Greer in the second round.

"I can’t wait, I hate Lucas Browne, and I want to hurt him. He’s said some nasty things, and he’s going to have to pay for them.

"I don’t think he really wanted this fight. A deal was in place before then. He started to try and change the terms. He kept delaying things after we gave in to his demands and started saying there was a fight in America he was chasing."