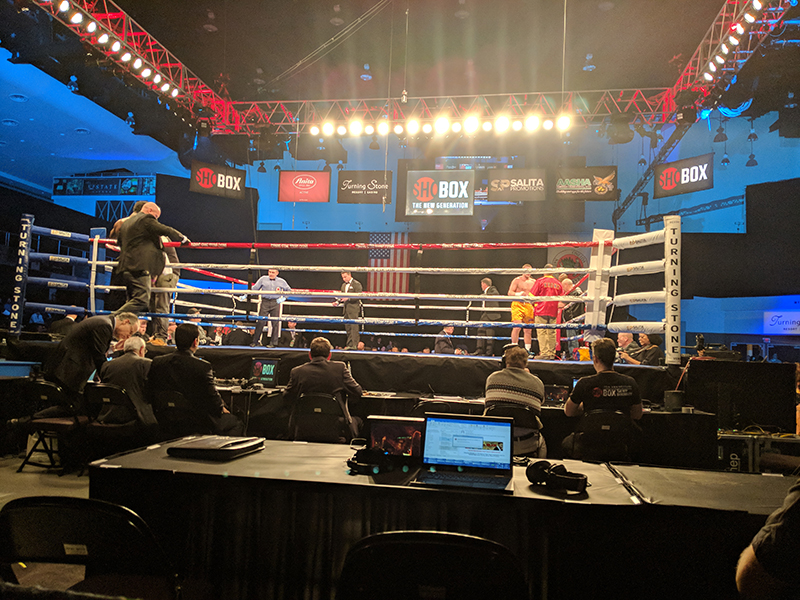 Female boxers Franchon Crews-Dezurn and Tiffany Woodard went to WAR in a light heavyweight bout. Soon as the bell rang these two fighter let their hands go putting on a show for the boxing fans. By round two both fighter were sucking wind as they let it all out landing flush hard punches. The fight looked like it tuen into somewhat of an MMA fight as both fighter tacked to the ground. The punches were wide and sloppy catching behind the neck and pulling each other down. Franchon Crews-Dezurn defeated Tiffany Woodard Scores: 59/53 59/54 59/54

Bakhtiyar Eyubov vs Maurice Chalmers - Accidental headbutt ruled the fight a no decision in the 1st round.