Golovkin promoter pushing for Vanes Martirosyan fight on May 5 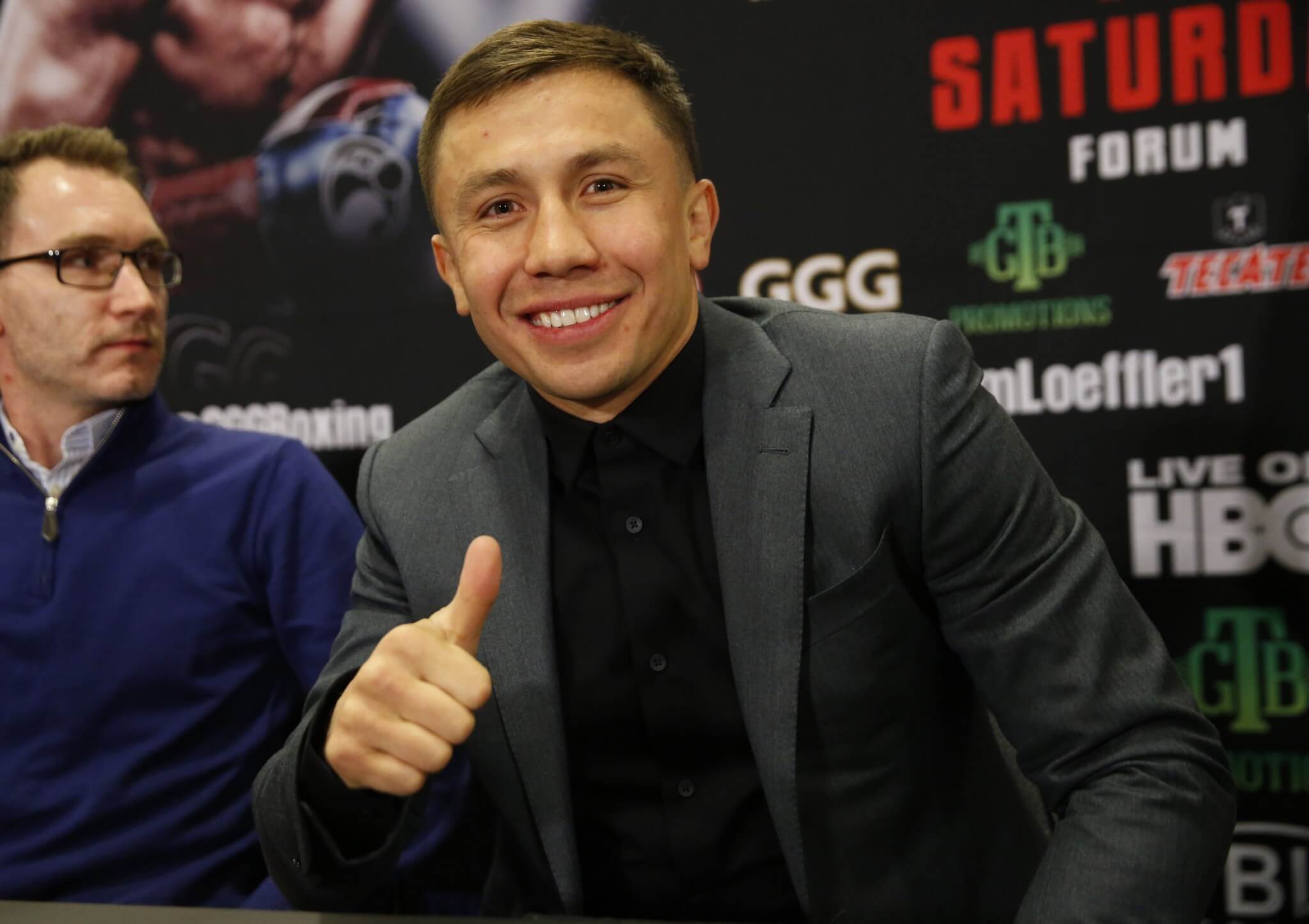 Gennady Golovkin's promoter held a press conference in Los Angeles Thursday with the unified middleweight titleholder present, and he announced -- absolutely nothing.

Nothing is finalized for a May 5 fight. But, it appears the WBC, and the WBA changed their minds about former 154-pound world title contender Vanes Martirosyan.

In a conference call Tuesday morning, officials with the IBF, WBC, and WBA, turned down the Martirosyan fight. However, that all changed Thursday.

The WBA, WBC, and the California State Athletic Commission agreed to sanction Martirosyan as an opponent, although the Armenia native, who turns 32 on May 1, has not fought since 2016, and is not a middleweight.

But not everyone is on board. The IBF refused to sanction the fight. Unbeaten Sergiy Derevyanchenko (12-0, 10 KO's), the mandatory challenger for Golovkin's IBF title, has pushed to replace Canelo Alvarez as Golovkin's opponent.

Alvarez was expected to face Golovkin in a highly-anticipated rematch on May 5 at T-Mobile Arena in Las Vegas, but the Mexican superstar tested positive for trace amounts of clenbuterol in random urine tests conducted by the Voluntary Anti-Doping Association on Feb. 17 and Feb. 20 in his hometown of Guadalajara, Mexico. As a result, he was temporarily suspended by the Nevada State Athletic Commission.

Canelo officially withdrew on April 3 after his team was advised that the NSAC would likely not approve him to fight Golovkin by May 5.

With the IBF laying down the red ink, Loeffler will likely have to make a step-aside agreement with Lou DiBella, Derevyanchenko's promoter, to prevent Golovkin from getting stripped of his IBF title.

If the agreement comes to fruition, this means Derevyanchenko will be paid an undisclosed amount of money to allow Golovkin to fight another opponent.

This is almost a regular occurrence in boxing. For instance, WBC light heavyweight champion Adonis Stevenson has paid mandatory challenger Eleider Alvarez step-aside money on more than a handful of occasions to take other fights, and the WBC keeps signing off on it.

Loeffler also explained at the informal press conference the reasons why Martirosyan would make sense for Golovkin on May 5.

“Vanes has expressed interest,” Loeffler said. “He is training. He is local in L.A., so for a number of reasons he would make sense. But there are – trust me, I’ve been in contact with so many people – there are other people that are interested.

“Like I said, I’ve been in contact with Lou, and we’ll see what we can work out to make the best of this situation.”

Despite his inactivity, Martirosyan (36-3-1, 21 KO's) remains the mandatory challenger to Jermell Charlo's WBC junior middleweight title, but is unranked at middleweight by all of the sport's recognized sanctioning bodies.