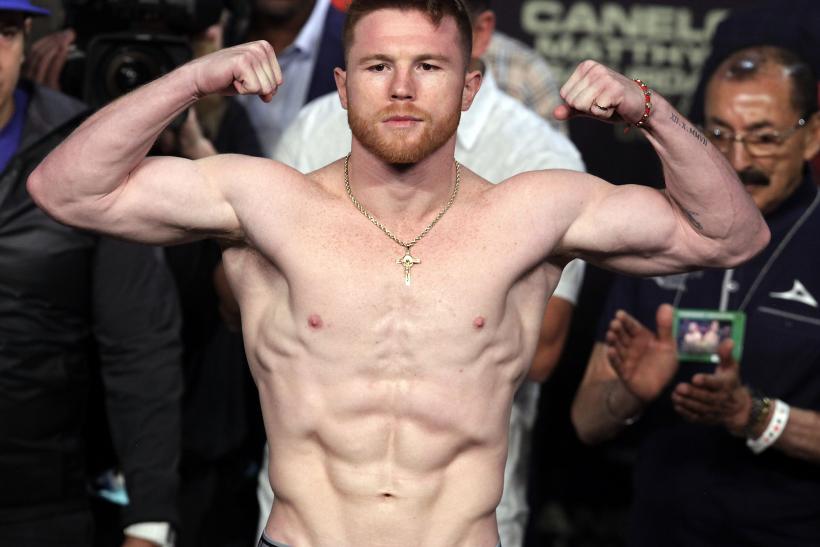 "Yes, they operated on Canelo Alvarez, but it was cosmetic, there are no more details," a spokesman for Golden Boy told ESPN Deportes.

Sources tell FightNights.com that Alvarez (49-1-2, 34 KO's), 27, planned to have the surgery after his rematch with unified middleweight titleholder Gennady Golovkin.

However, Canelo tested positive for trace amounts of the banned substance clenbuterol in random urine tests conducted by the Voluntary Anti-Doping Association on Feb. 17 and Feb. 20. As a result, he was temporarily suspended by the Nevada State Athletic Commission, and eventually withdrew from the highly-anticipated bout on April 3.

Alvarez was slated to fight Golovkin on May 5 at T-Mobile Arena in Las Vegas.

Canelo will take part in a disciplinary hearing on April 18 with the NSAC via telephone, where he could face anywhere from a six-month to a one-year suspension. If he is slapped with a six-month, he will be eligible to fight again by August.

Alvarez also underwent arthroscopic surgery following his September 2016 bout with Golovkin and had multiple pieces of bone fragments removed from his right hand.

Alvarez and Golovkin fought to a controversial split draw in a bout that a majority of ringside observers had Golovkin winning.

Golovkin is still scheduled to fight on May 5 -- for now, but he has yet to land an opponent.