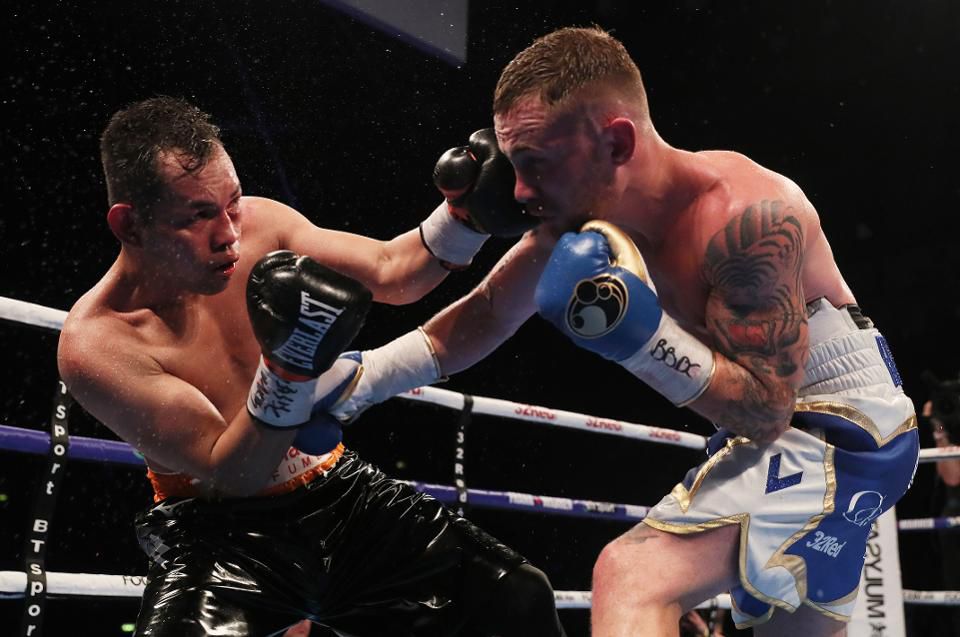 Looks like WBO featherweight champion Carl Frampton is headed toward a much-anticipated scrap at Windsor Park this August. Carl Frampton defeated Nonito Donaire on Saturday night at the SSE Arena in Belfast, Northern Ireland. All three judges scored the fight 117-111.

Donaire rocked Frampton several times in the fight and Frampton stated that he was hurt in the 11th. However Donaire came up short. Frampton was just to fast and on point thru-out fight. Donaire kept the pressure round after round but continued to look worn as the fight progressed. Frampton kept himself just out of jab distance and countered smoothly.