Get Ready for the biggest fight in UFC history 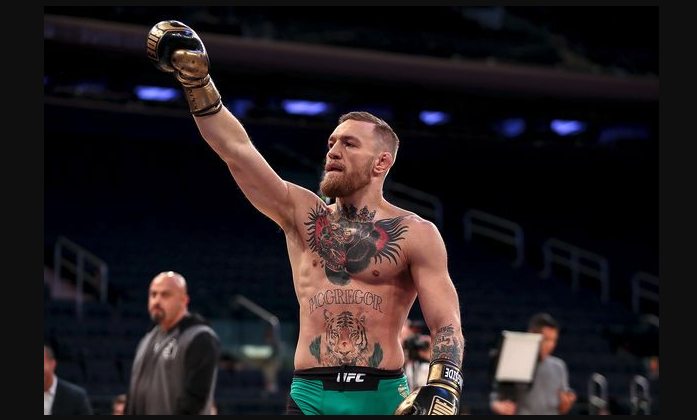 Sometimes rumours do become truth and MMA fans are less than two months away from what UFC President Dana White is calling “the biggest fight in UFC history.” Start the official countdown to October 6 when the UFC Lightweight champion Khabib Nurmagomedov defends his title against the former champion Conor McGregor at UFC 229 in Las Vegas.

McGregor Returns to the Octagon

Not since November 2016 has Conor McGregor fought in the UFC Octagon. He’s been off becoming a father, losing a multi-million-dollar boxing fight against Floyd Mayweather and nearly ending up in jail.

The legal problems that were resolved last month when the Irishman pleaded guilty to disorderly conduct at a UFC media day. Now the scene is set and that incident when McGregor and friends attacked a bus that had Nurmagomedov on board, is bound to be mentioned a few times in what could be a bitter build-up to the UFC 229 fight card.

There could be concerns that more unsavoury incidents might happen between the pair in the lead up to this UFC 229 clash. However, Dana White believes that “we are not going to have any problems with these guys,” Let’s hope that is what happens, and we just get a bit of classic Irish banter from McGregor not World War III.

White has confirmed that there will be no world tour to promote the UFC 229 fight. Speaking at the UFC 227 post-fight press conference on Saturday evening, he said both Nurmagomedov and McGregor are going into camp. “We’ll do something fun, we’ll do some different stuff,” he promised with a big meeting on Monday (August 6) to “get this stuff in order and get it going.”

The Fight to Make

It certainly has all the ingredients to live up to that hype. A champion who has won 26 fights without defeat up against a two-time UFC champion who never lost his title in the octagon. Throw in the fact neither fighter can stand their opponent and the scene is set for a classic encounter.

After becoming a father and making a fortune from the Mayweather fight, there were some who thought McGregor might retire. White never thought that and said: "Conor is living proof of pound for pound. He is willing to fight anyone in the world who thinks they are better than him - it's what makes him so popular, this is another fight to cement his legacy as one of the best ever."

Bookies favour the champ to retain

Not that the bookies believe that to be the case. The champion is favourite to retain his title with odds of 8/11 at Betfair with McGregor 6/5 at Bet365 to win back his title. Just where McGregor would go if he does lose this match-up is debatable, though a return fight at some point in 2019 would look a good bet.

Whatever the rest of the UFC 229 fight card, we look certain to be in for a classic night of action and it could well be that White is correct in calling this match-up “the biggest fight in UFC history.