Mia St. John admits to doping for long stretch of career, says she was compelled to cheat because everyone else was 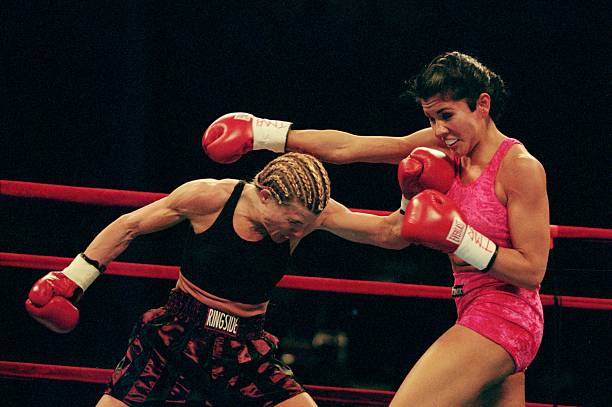 Former women's boxer Mia St. John admitted to using performance-enhancing drugs Saturday in an extended telephone conversation Saturday with the Los Angeles Times, but only offered excuses to why she cheated.

“When your camp is doing it, it’s going around the gym, your sparring partners are doing it, you feel compelled — ‘Oh my God, I have to do it’ — to keep up with everybody. It’s a mind trick. And once you’re on it, it’s so hard to come off because it becomes very addicting. That’s what people don’t know.”

However, what people do know is that everyone has a choice, regardless of what their peers and others around them are doing, and St. John chose to cheat.

“I never once tested positive, and I’ve never told anyone this, but now that I’m retired I feel like it’s OK.”

Alvarez and Golovkin were set to fight on May 5 in a highly-anticipated rematch, but the fight was called off due to Canelo's failed tests. However, both sides renegotiated, and now both warriors are set to settle the score on Sept. 15 at T-Mobile Arena, in what should prove to be one of the most exciting fights of 2018. The first bout, which was also held at the T-Mobile in Sept. 2017, ended in a highly-controversial split draw.

St. John also told Pugmire that she used PEDS to prepare for an estimated 20 fights in her career, but declined to identify which bouts.

“I’m not going to say what fights [I used] because then people can trace back to what cards I was on, what camp I was in, who I was training with … I would never out anybody,” she said.

“I would pick and choose which fights it was necessary. Some fights I won, some I lost.”

Despite doping for roughly 30 percent of her professional career, St. John described her drug use as "sporadic."

Stanozolol is a synthetic steroid that is derived from testosterone and has both anabolic and androgenic properties. Former world champion Fernando Vargas tested positive for the drug after he was knocked out by Oscar De La Hoya in a super welterweight world title fight in September 2002. Nandrolone, which is primarily used to increase muscle mass, is the same substance that former heavyweight world champion Tyson Fury and his cousin, fellow heavyweight Hughie, tested positive for in February 2015. The Furys blamed the result on eating uncastrated wild boar meat. Oxandrolone promotes the growth of muscle tissue and is an anabolic steroid.

Coming out clean is one thing, but making the excuse that everyone else was doing it doesn't exactly make St. John a hero.