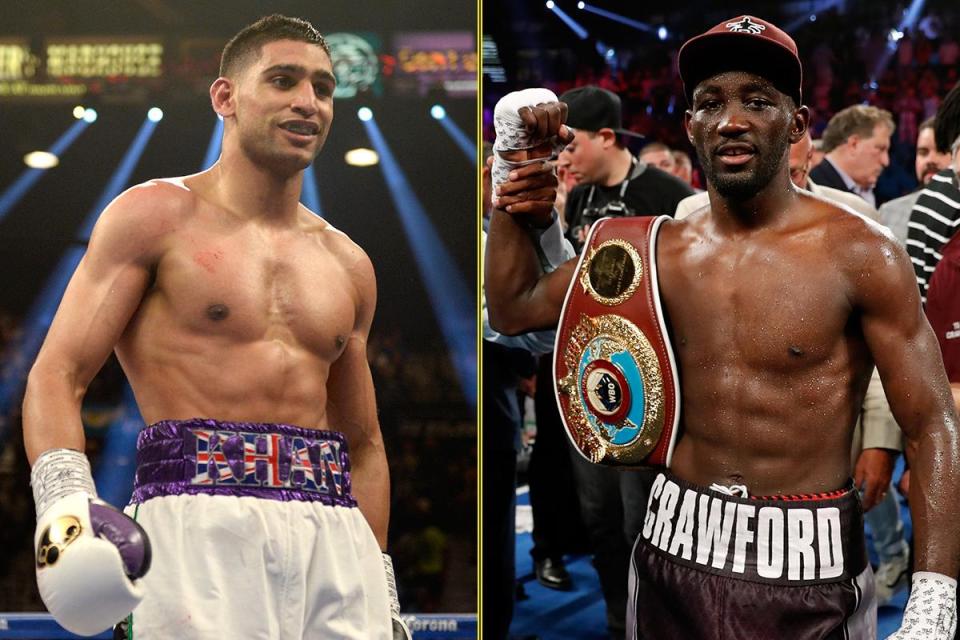 Khan (33-4, 20 KO's), 31, of the United Kingdom, who became Britain's youngest boxing Olympic medalist with a silver medal at the 2004 games, has revealed that he only has two or three fights left before he hangs up the gloves.

Khan recently confirmed that he is considering a fight with unbeaten welterweight world titlist Terence Crawford (34-0, 25 KO's), one of boxing's pound-for-pound elite fighters.

Khan would reportedly earn $5 million to face Crawford, who has also won world titles at 135 and 140 pounds since capturing his first belt in March 2014 with a unanimous decision against Ricky Burns.

“I want to make sure I’m not in the game too long where I get forced to leave the sport because I have an injury,” Khan told Boxing News. “I feel great at the moment, but I don’t want to keep pushing it. I’ve had some big fights in my career and been hurt a few times as well, but luckily I’m still okay mentally and physically. I want to make sure I don’t keep risking yet.

“Looking at it, I’ve two or three fights left. I know that I’ve only got a very short time left in the boxing game. I want to maximize what I’ve got left in me. In a heartbeat, I’d take that fight [with Crawford]. Because I really believe that the Kell Brook fight will always be there unless I get a brilliant deal that I can’t turn down.

"At the moment I’m getting a brilliant deal from people like Crawford where it’s hard for me to turn down. Because when you’re getting the chance to fight for a pound-for-pound title, which I’ll never ever get [again]. For you to have the opportunity, it’s amazing. These are offers that are being put to me, so let’s see. Kell Brook’s a big fight, don’t get me wrong, but how big is a pound-for-pound fight? Not many people in their career will ever get the chance. I’ve got the opportunity there.”