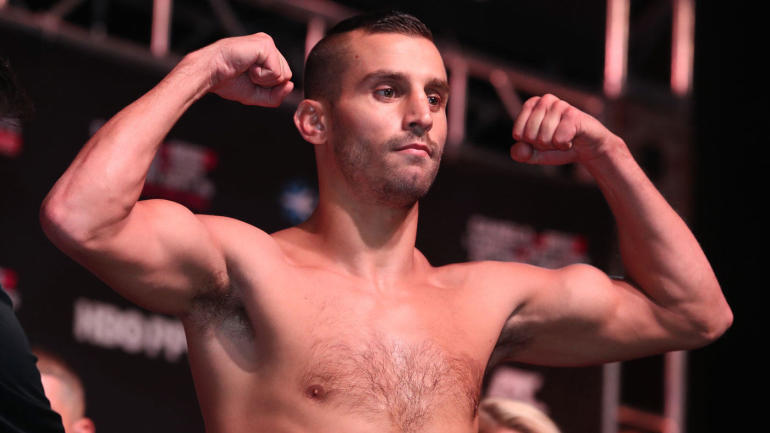 Former middleweight world titleholder David Lemieux has had difficulty making 160-pounds for years. His battle has hit a new low. Not only did his troubles probably cost him a big money fight against Canelo Alvarez, but he has also landed in the hospital.

According to reports, Lemieux (40-4, 34 KO's) suffered from severe dehydration Friday morning before he was set to weigh-in for a 10-round middleweight match against Tureano Johnson in the co-feature to Alvarez-Fielding Saturday night at Madison Square Garden. Lemieux was transported to a Manhattan hospital, and the 29-year-old was removed from the card.

Tevin Farmer (27-4-1, 6 KO's, 1 NC) will defend his IBF junior lightweight title for the second time against Francisco Fonseca. That fight has been moved to the Lemieux-Johnson slot.

Fonseca (22-1-1, 16 KO's) is fighting for the IBF belt for the second time. He was knocked out by WBA "Super" world champion Gervonta Davis in his first attempt on the undercard of Floyd Mayweather vs. Conor McGregor in Aug. 2016. Since that fight, Fonseca has won his last three bouts by KO. However, one of those bouts was against a fighter who has yet to win a professional match.

Had Lemieux beaten Johnson, he would have had a great chance to face Alvarez in a middleweight championship fight May 4 at T-Mobile Arena in Las Vegas. Oscar De La Hoya told the Los Angeles Times on Thursday that Canelo will not face Gennady Golovkin in a trilogy fight or IBF titlist Daniel Jacobs on May 4, which strengthened speculation that Lemieux would get a shot at Alvarez.