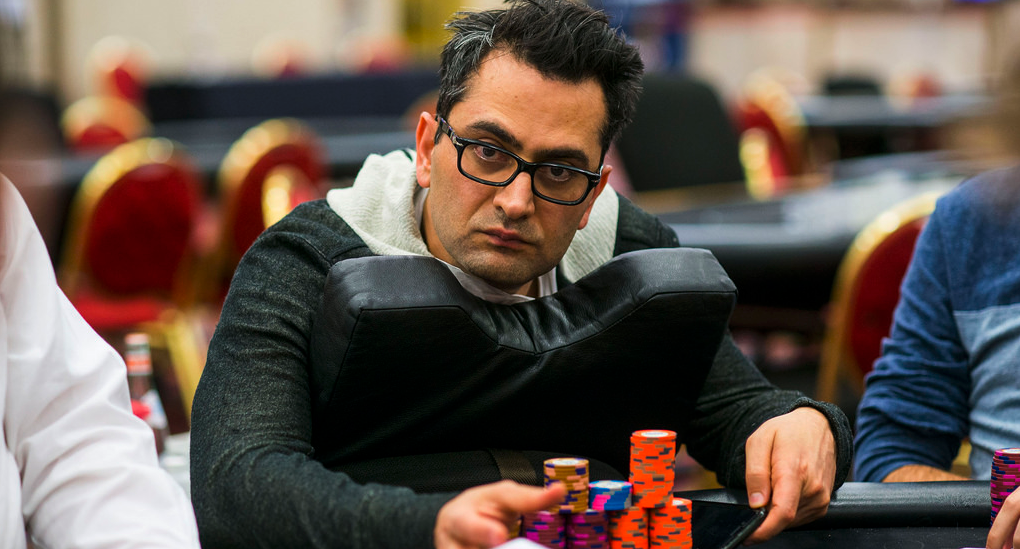 One of the world’s most successful poker players is due to go into a completely different ring game next March, as part of a prop bet with comedian, Kevin Hart. 39-year-old Antonio Esfandiari confirmed that he would be having a boxing match with Hart as part of a proposition bet, with Esfandiari receiving 35/1 odds in his favour. The pair are close friends, but although there is a distinct element of fun attached to the event, Esfandiari will be taking the high-stakes wager very seriously.

The idea of a boxing match transpired whilst the duo were sat together at a poker table. Boxing somehow cropped up in conversation and, before they knew it, one thing led to another and the pals agreed to get it on in the ring against each other with a friendly wager attached to the outcome of the fight. Esfandiari has never boxed before in his life, while Hart is someone that has boxed regularly as part of his own keep fit regime. Antonio joked that he could “kick Kevin’s ass” and the prop bet was immediately made. It’s very rare that poker players get a mention on TMZ, but the fact that there will be a legitimate amount of money on the fight has made the contest even more appealing from an outsider’s perspective.

The likelihood of Esfandiari winning is slim at best, which is reflective of the 35/1 odds that Hart has given him. According to Esfandiari, Hart is “an athlete” and “fast as hell”. He is certainly right and there is a distinct height difference between the two too. Esfandiari stands at around 6ft, while Hart is only 5ft 4”. Hart is incredibly nimble and fleet-footed, which will almost certainly pose a problem to Esfandiari who has never donned a pair of boxing gloves in his life.

As we all know, a professional boxing match can last up to 12 rounds, but more amateur boxing matches tend to last only three rounds. At the time of writing, it appears the fight will be three, three-minute rounds. Stamina won’t be an issue for Hart, who is renowned for training like a trojan in the gym. What could be an issue for him is Esfandiari’s weight advantage. It is likely that Esfandiari will have a 35-40-pound advantage, as well as a reach advantage, so Hart will need to concentrate firmly on his footwork and manoeuvring Esfandiari around the ring.

The location of the fight has not been officially confirmed, although Los Angeles is said to be a leading contender to play host to the contest. Given that Esfandiari is said to be worth more than $20 million and Hart’s personal wealth is said to be $57m, the stakes are likely to be pretty high. In the last 18 months, Kevin Hart has been a growing figure in the world of poker, aside from his acting and comedic commitments. In 2017, he was recruited by PokerStars to add more fun and excitement to the game of poker, taking it to new audiences around the world.

As for Esfandiari, who is nicknamed ‘The Magician’, he shot to stardom in 2012 after winning the ‘Big One for One Drop’ poker tournament at the World Series of Poker (WSOP) in Las Vegas. The event had a $1m buy-in and the 39-year-old eventually defeated a field of 47 entrants to bag the first prize worth over $18.3m. Two years later, Esfandiari also came fourth in the same event, taking home another $1.4m. The Iran-born poker star also has two World Poker Tour (WPT) titles to his name and his total live tournament winnings are now in excess of $27.6m.

Although Esfandiari admitted that the “stakes are decent enough” for their boxing showdown, his primary motivation was to defeat Hart “in a forum where a lot of people are going to see it”. Let’s cross our fingers Hart and Esfandiari’s showdown lives up to the billing unlike the 2016 MMA fight between poker professionals, Olivier Busquet and JC Alvarado that was something of a damp squib. But, let’s be honest, it can’t be any more of a farce than the McGregor Vs Mayweather episode.