2018 Fighter of the Year: Oleksandr Usyk 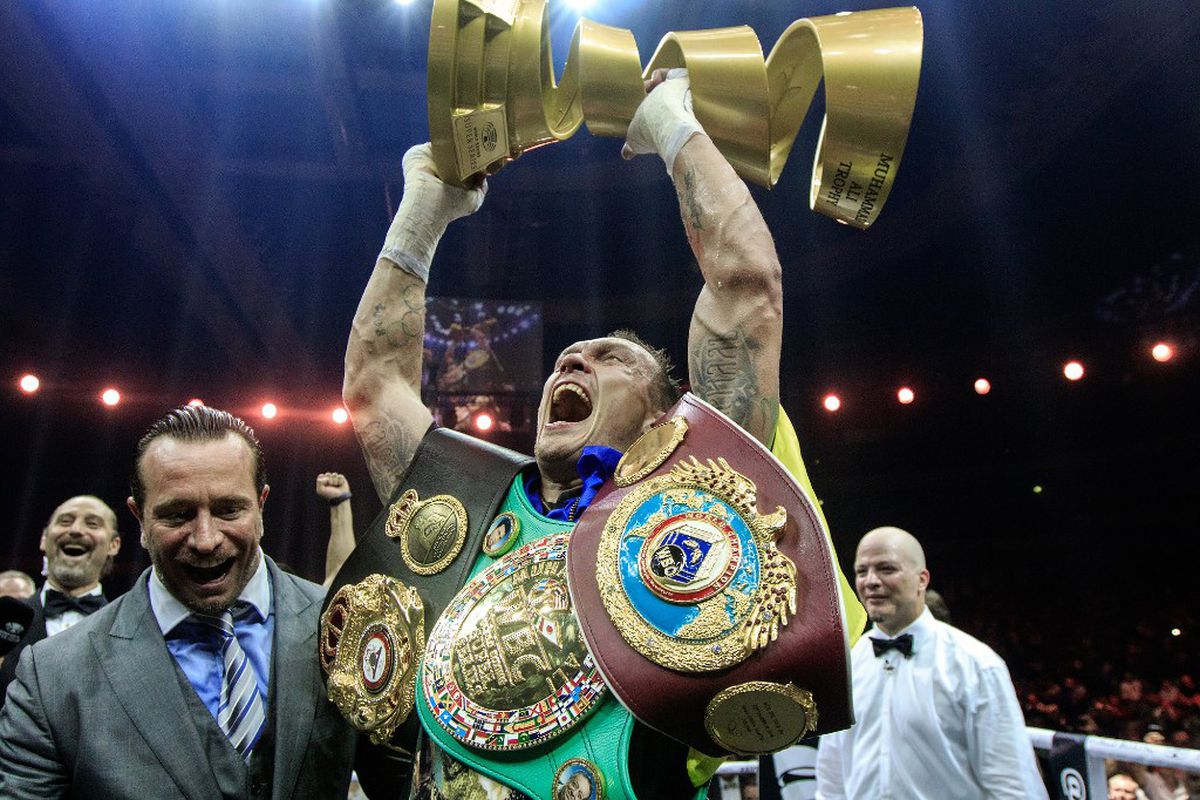 Some years it gets understandably contentious when it's time to award the Fighter of the Year. But for this year, it was cake.

Undisputed cruiserweight world champion Oleksandr Usyk is the 2018 FightNights.com Fighter of the Year.

Usyk (16-0, 12 KO's), 31, of Ukraine, who won the heavyweight gold medal at the 2012 Olympic games in London, beat Krzysztof Glowacki -- in Poland -- to win the cruiserweight world title in just his 10th professional fight. The victory broke the division record set by all-time great Evander Holyfield, who won the WBA cruiserweight title in his 12th pro bout.

In 2018, Usyk went above and beyond. Not only did he win the Muhammad Ali Trophy as the victor of the eight-man World Boxing Super Series tournament to become the undisputed cruiserweight champion, but he also defeated all three of his opponents in their home countries. He also became just the third undisputed champion in the four-belt era since 2004, joining Bernard Hopkins, Jermain Taylor, and top pound-for-pound elite Terence Crawford.

In January, Usyk defeated Mairis Briedis in his hometown of Riga, Latvia, in January and won a very close majority decision to unify two belts and advance to the WBSS finals. Briedis was the more accurate puncher during the bout, but Usyk's punch volume and activity were just enough to propel him to the win.

Usyk traveled to Moscow for the WBSS final in July against then-two-belt titleholder Murat Gassiev and put on a boxing clinic to unify all four titles by unanimous decision.

Usyk also returned in November to defend his belts against former champion Tony Bellew, who had been fighting as a heavyweight for two fights, but came down in weight to face Usyk. The first half of the fight was close, but Usyk started to walk down Bellew, and scored a one-punch knockout in the eighth round to conclude his 2018 campaign.