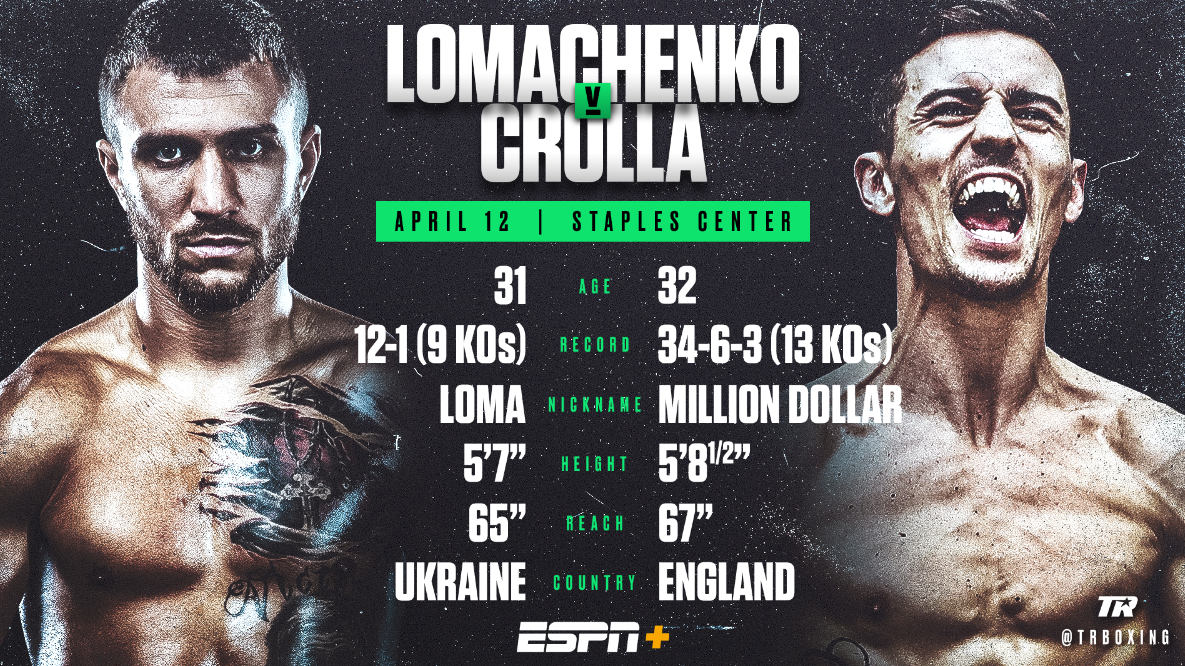 Lomachenko-Crolla and Ramirez's fight will stream live and exclusively in the United States beginning at 11 p.m. ET/8 p.m. PT on ESPN+ — the direct-to-consumer subscription streaming service, which will mark its one-year anniversary since launching on the day of the fight. The entire undercard will also stream live on ESPN+ starting at 8 p.m. ET/5 p.m. PT.

“Staples Center is the perfect venue to showcase one of boxing’s great fighters, Vasiliy Lomachenko, who will test himself against a top contender in Anthony Crolla of Great Britain,” said Top Rank chairman Bob Arum.

“Los Angeles boxing fans are passionate and knowledgeable, and I look forward to putting on a spectacular show for them at Staples Center,” Lomachenko said. “Crolla is my mandatory challenger, and I like that he always comes to fight. He’s going to make the most of this opportunity.”