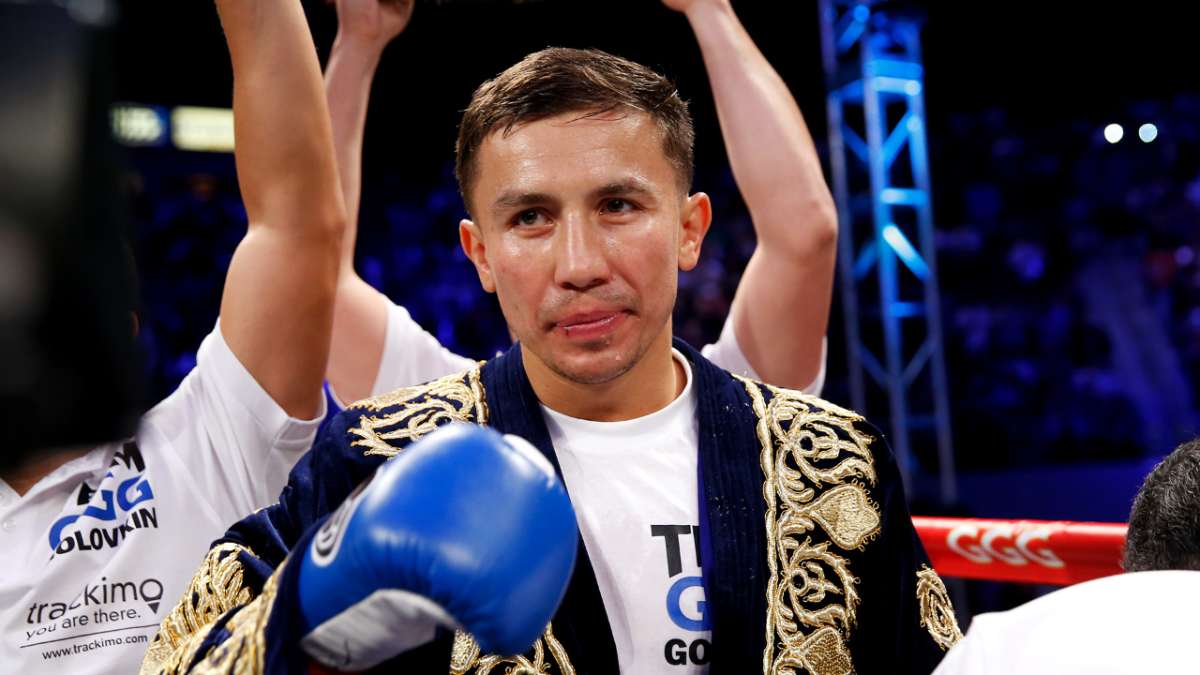 According to The Ring's Mike Coppinger, the bout is expected to take place at a catch-weight of 165 pounds.

Golovkin (38-1-1, 34 KO's) has not fought since losing to two-belt champion Canelo Alvarez in a majority decision last September.

Golovkin, who turned professional in 2006 after an impressive amateur career, including a silver medal at the 2004 Olympics, has never fought outside of the middleweight division.

The bout will be Golovkin's debut fight on DAZN after agreeing in March to a six-fight deal through 2021. One of those bouts could be a trilogy fight against Alvarez, who takes on IBF titlist Daniel Jacobs on May 4 in a unification fight at T-Mobile Arena in Las Vegas.

Rolls won the USBA middleweight title last December when he outpointed KeAndrae Leatherwood in a scheduled 10-round contest, which was also held at a catch-weight. Rolls weighed-in for the fight at 167¼, while his opponent came in at 166 pounds.

Golovkin, who turned 37 on April 8, has previously fought at The Garden three times, with his most recent appearance coming in March 2017 when he won a unanimous decision over Jacobs. The fight snapped a 23-bout knockout streak.