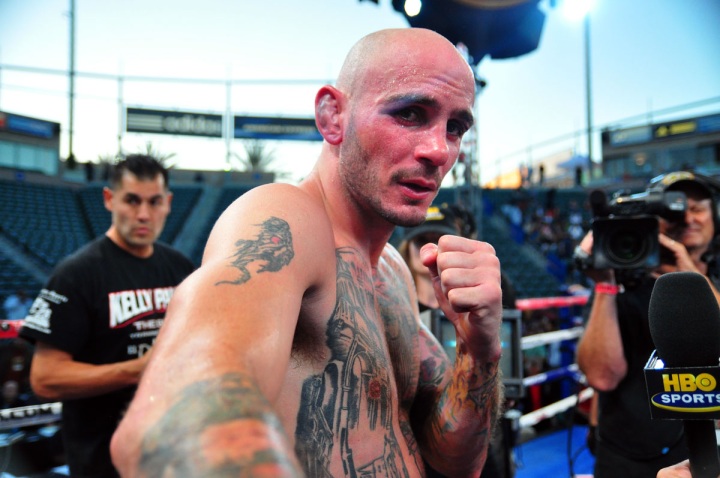 Former unified middleweight world titleholder Kelly Pavlik is returning to California for phase two of training for his potential return to the ring.

Pavlik (40-2, 34 KO's), who retired after outpointing Will Rosinsky in a 10-round bout on July 7, 2012, briefly considered making a comeback a year ago to fight former middleweight champion Gennady Golovkin. Pavlik wisely thought twice about those plans and is aiming to fight in the cruiserweight division.

According to sources reporting exclusively to FightNights.com, Al Haymon and Premier Boxing Champions are interested in signing the 37-year-old to a deal, and have requested to meet Pavlik in Dallas. A date was not specified.

Currently, Pavlik is walking around 220 pounds.

Pavlik held the 160-pound crown from 2007 -- when he got off the floor from a hard knockdown to eventually stop Jermain Taylor in the seventh round -- until 2010, when he was outpointed by Sergio Martinez in a bloody affair.