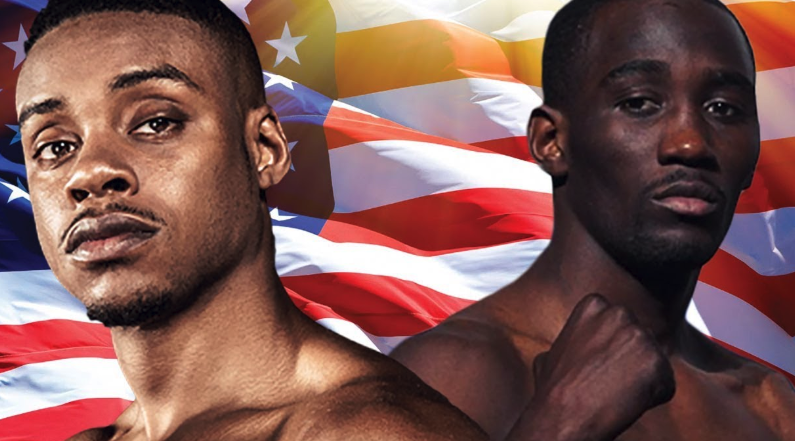 Errol Spence Jr. & Terrence Crawford exchanged words on twitter today calling each other out. Crawford tweeted out about is name being said on ESPN. Errol Spence Jr. replied "Where they shouldn’t of" which started the twitter beef. Crawford responded, "They really know who the real man at at 147 is and you do too. Don't let them hyping you up get you knocked off." And Spence replied back "You just talking Don’t worry BUD I’m come smoke you soon".

Errol Spence Jr and Terence Crawford will meet in the rings... at some point but maybe not till 2020. Haymon's PBC has agreements with, Keith Thurman, Shawn Porter, Errol Spence Jr, Danny Garcia and Manny Pacquiao. Some of the big names in boxing to keep Errol Spence Jr. busy. Already we are hearing about Errol Spence Vs. Shawn Porter close to a final deal for later this year The bout will be a welterweight championship unification fight for September. This is the first really tough fight for Spence, Porter is not easy to deal with in the ring. Porter, has a good ring IQ to go along with his power and pressure tactics. Some thought Errol Spence Jr should have knockout a lightweight Mikey Garcia who jumped up in weightless to fight Spence.

Why not Terrence Crawford next? Crawford is inked with Top Rank who is aligned with ESPN. Getting PBC & Top Rank together AND Showtime with ESPN is not going to be an easy deal. So we are looking into 2020 for the Errol Spence Jr. & Terrence Crawford fight to take place.

I guess in the meantime we have to be entertained by the Twitter fighter.