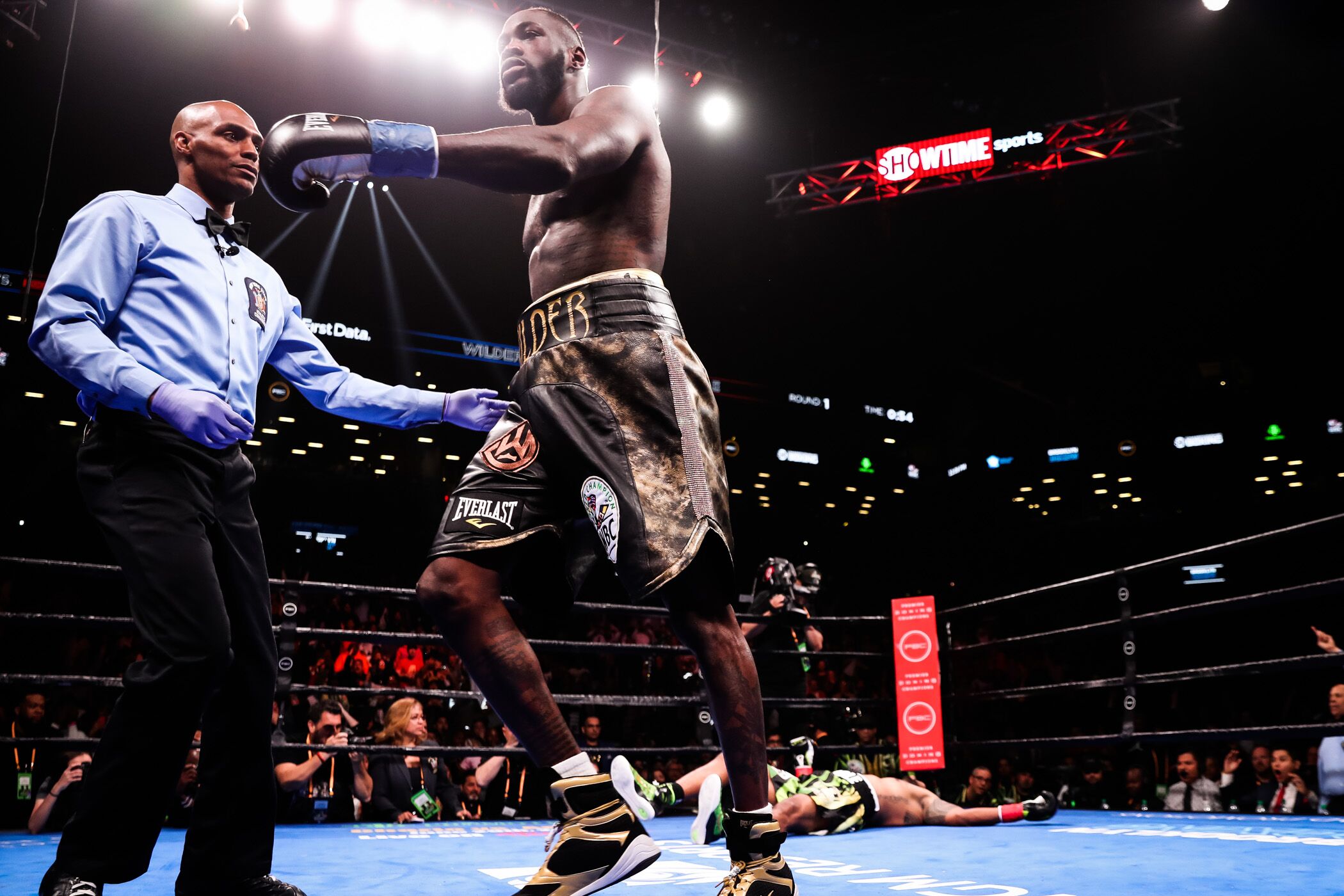 In the buildup to tonight's world championship bout, Wilder (41-0-1, 40 KOs) repeatedly promised that the fight would not last long. The towering Tuscaloosa, Ala. native kept his word, scoring the 20th first round knockout of his career and his 15th knockdown as heavyweight world champion. Breazeale (20-2, 18 KOs) was able to withstand Wilder's first early onslaught, but could not beat referee Harvey Dock's 10-count when Wilder connected flush with the most dangerous right hand in boxing later in the opening round.

"I just told Breazeale I love him and of course I want to see him go home to his family. I know we say some things, but when you can fight a man and then you can hug him and kiss him, I wish the world was like that. We shake hands and we live to see another day and that's what it's all about."

As the attention of the heavyweight division turns to what's next, Wilder insists that a fight with Tyson Fury, the only man he has faced and not defeated, or Anthony Joshua remains on the table and in the works.

Breazeale, whose only two defeats have now come against both Wilder and Joshua, was disappointed he wasn't allowed to continue the fight.

"I think the ref stopped it a little early because I could hear him saying seven and eight, but that's boxing," said Breazeale. "He did his job and kept us safe for our next fight.

"I got on my feet and had my legs under me. It's the heavyweight division so there's going to big shots from guys with power. This was a situation where he landed the big right hand before I did. I thought I was going to come on in the later rounds. I'll be back and go for the heavyweight title again."

In the co-feature, WBC Featherweight World Champion Gary Russell Jr. (30-1, 18 KOs) put on yet another professional display to defend his belt for the fourth time against a valiant Kiko Martinez (39-9-2, 28 KOs). Due to a gash that opened up over Martinez's left eye, referee Ricky Gonzalez stopped the fight in the fifth round upon the advice of the ringside physician, resulting in a technical knockout.

Russell, who was fighting for the first time in a year, showed no signs of ring rust and displayed his full skillset including his trademark lightning quick hands. The 30-year-old Capitol Heights, Md. native was dominant from the opening bell and landed on a remarkable 40% of his power punches. In an all-action fight with little downtime, Martinez did more than enough to play his part. The Spaniard constantly came forward but Russell continued to target the cut that opened up over his eye after a right hook in the second round. The ringside official called for the stoppage of the fight at 2:52 of round number five.

"I did pretty good," said the 2008 U.S. Olympian Russell to SHOWTIME ringside reporter Jim Gray. "We stayed behind the jab and he couldn't get past it. We knew that intellect over athleticism would get it done.

"We want [WBA Featherweight Champion] Leo Santa Cruz," Russell continued while wearing a shirt that read 'Leo Next'. "We want to make this fight happen. The fire is all the way hot on this side of the field. You will get burned. I would love for that fight to happen this year. Let's make it happen."

"It was a good stoppage for a very tough fight," said the former world champion Martinez. "I'm definitely a visual fighter so the cut made it tough. Gary was in great physical condition and it was a very hard fight.

"I'm going to rest a little bit now, but I'll be back. I thought I had some good moments and had a good division. I think I'll drop back down to 122-pounds to win a world title there."