The Hope of the Journeyman 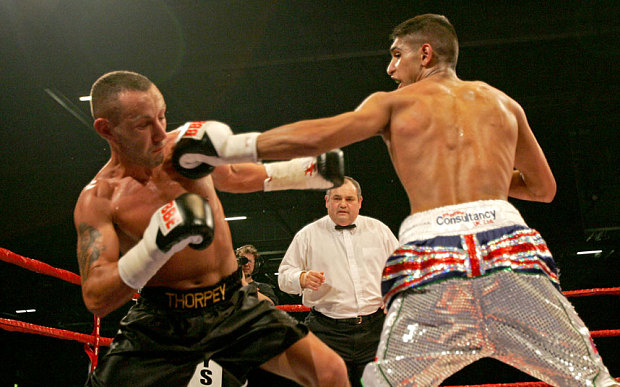 What is it that resides inside of a person that comes to the conclusion that stepping into a boxing ring seems like a good idea and probably a lot of fun? Maybe the better question to ask is why that same person decides to do it again after they realize it might not be as great or fun as they first thought it to be.

What is the human ingredient needed to put one’s own body through hell day in and day out, all in preparation to fight another human being in some cases to the death in front of their family and friends? I have never known of a fighter that really wanted to kill his opponent in the ring; however, they are hitting each other in the head as hard as they can, so bad things can happen. I equate fighting in some ways to riding a bull. The cowboy and the fighter know going in that the worst could happen; yet, they both are making a willing choice to climb in anyway. For the journeyman, the fighter the risk far outweighs the reward.

Fighting is euphoric one moment and depressing the next. It is filled with elation for awhile, only to be replaced with utmost despair. I do not know this to be true, but I would be willing to bet that of all the undefeated fighters alive today feel these emotions as well. They may not have experienced the emotion associated with losing at the professional level as the journeyman has, but the monumental highs and the depressing lows of the sport touch them both. I would argue the journeyman’s upset victory brings more joy because they have tasted the bitter so many times before. The sweet definitely tastes sweeter after you have swallowed the bitter.

The life of a journeyman is like riding a constant roller coaster. Up and down then upside out with hardly any time to prepare for what lies around the next corner. Maybe that’s it — it’s the thrill of the ride and the possibility of danger that excites the journeyman. In one degree the journeyman could be considered more courageous than the champion. He has lost, felt the shame of losing after promising his wife he would win. He goes into most all of his fights knowing he stands a great chance of losing yet trudges on forward, still hoping. You see, the journeyman has conquered the fear of losing, been there done that.

The champion, on the other hand, fears losing so bad it can become a detriment and something that could even kill the fighting spirit of the champion should it happen. There have been world class fighters who have walked away from the ring after a defeat because they just could not swallow the bitter taste of losing.

The journeymen and the champions are both parts of the same fraternity; however, the champs are the officers, and the journeymen are the pledges who are always saying “ Thank you, sir, may I have another?” The champions have expectations and issue demands while the journeyman hopes and asks for crumbs in a nice way.