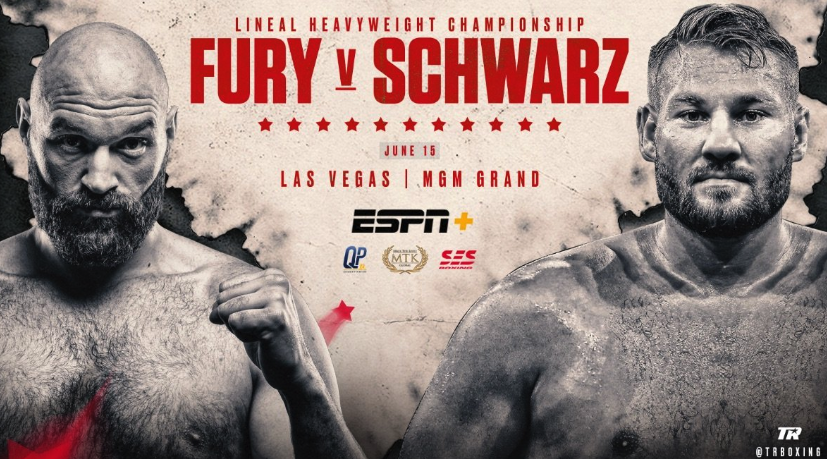 In December of 2018, Tyson Fury, who has fought a lot of battles in and outside of the ring, was defeated by Deontay Wilder. Wilder retained the WBC title (for his 8th time), and both fighters left the ring with a hefty paycheck.

Despite the fight that was talked about for weeks after the final bell rang, Fury left feeling that he was the true winner (and some of his die hard fans might agree). While there has been talk of a rematch with Wilder, which some sources predict early next year, Fury is slated to face Tom Schwarz on June 15 in Las Vegas.

Let’s take a quick look at each heavyweight:

The match between Fury and Schwarz takes place at 10pm EST at the MGM Grand, Grand Garden Arena in Las Vegas on June 15, 2019. Ticket prices range from $50 to $500. Can’t see the match in person? Check it out on ESPN+. Want to get the full Vegas experience? Check out the Las Vegas USA casino review to play some of your favorite casino games, as well as playing with a live dealer.