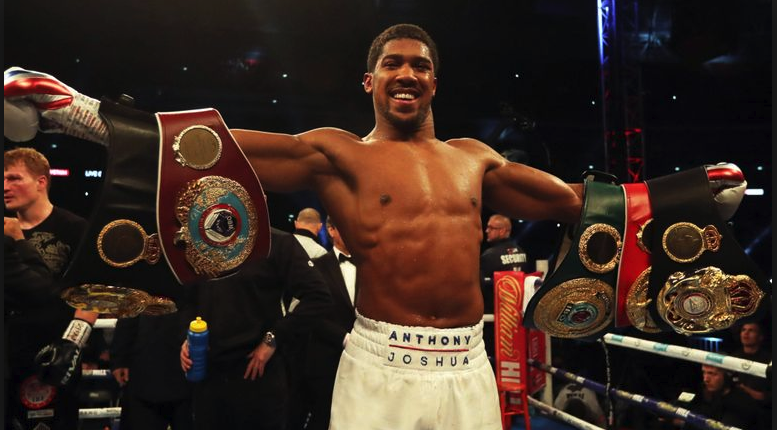 World heavyweight champion Anthony Joshua makes his American debut when taking on Andy Ruiz Jr at Madison Square Garden, New York on Saturday. The Londoner aims to defend his clutch of top division awards while promoting himself to a state side audience which would help progress any possible unification bout with WBC ruler Deontay Wilder later this year.

Joshua is hot betting favourite to beat Ruiz and extend his perfect record to 23 wins, but his preparation was hampered when original opponent Jarrell Miller failed a drugs test and has since been slapped with a ban as a result. That forced AJ’s handlers Matchroom Boxing back to the drawing board and they were left frustrated when a number of high-ranking opponents refused the offer to take on Joshua at short notice. Some were tactical in pricing themselves out of contention, while others took no shame in refusing to face heavyweight boxing’s biggest talent without excuse.

Californian Andy Ruiz Jr stepped up to the plate and in doing so proved himself both the saviour of the show and a man with real heart. This represents a throw of the dice for the challenger, but he is expected to lose so risks nothing in trying and for his bravery he will be awarded a shot at the heavyweight championship of the world, as well as a banking bumper pay cheque.

The underdog will be aware the weight of public opinion is very much against him, but he can take heart and confidence from the fact this sport is no stranger to an upset, with the history books littered with shock results. Could we be in line for another here?

Bookmakers don’t think so and have Anthony Joshua nailed down to make a successful defence of his titles. He’s available at no better than the 1/18 you’ll find at Betfred, with a bulky 25/2 price tag attached to Ruiz by Bethard. The draw is as big as 40/1 on the exchanges but that’s unlikely to attract too much attention.

Those eager to avoid calling the winner of this bout, or Anthony Joshua fans after a better price about their boy, will be delighted to find bookmakers offering a long list of online betting offers on the fight night, as well as a number of exciting specials. Traders have done the hard work to ensure there’s something for everyone betting on Joshua v Ruiz. Have your say on the winning round, total number of rounds, a fighter to be knocked down, exact method of victory, and plenty more besides.

Followers of the form will know Joshua’s record shows a high proportion of early knock out wins and he was last seen stopping Alexander Povetkin inside seven rounds at Wembley Stadium in the summer of 2018. Povetkin was dropped to the canvas twice in round seven before being waved off by referee Steve Gray for the beaten man’s safety. There were no real objections made by the Russian’s corner. That performance was further proof of the devastating power AJ possesses and he has now beaten 21 of his 22 opponents comfortably inside the distance.

The one man to take the champion the 12-round distance was New Zealand’s Joe Parker. The Kiwi may have asked questions of the ringside judges that night, but he got nowhere near winning the bout and ended on the wrong side of a 118-110, 119-109, 118-110 decision.

That’s a result of particular interest to punters looking to bet on Saturday’s fight as Parker is responsible for the only defeat on Andy Ruiz’s 33-fight card, scoring a majority decision win in Auckland late in 2016. The WBO world title was on the line last night – won by Parker and eventually lost to Joshua – but Ruiz came agonisingly close to an upset, managing a draw on one card, losing by a couple of rounds on the other two.

Joshua may be priced like losing isn’t an option here but the difficulty that comes with a late change of opponent shouldn’t be overlooked. The champ was preparing for Miller and was forced back to the drawing board to pick through the weaknesses of Ruiz. We saw something similar when AJ met Carlos Takam in 2017. An easy win was pencilled in by sports scribes, but Anthony was dragged over 10 rounds by the tough African who took advantage of the situation.