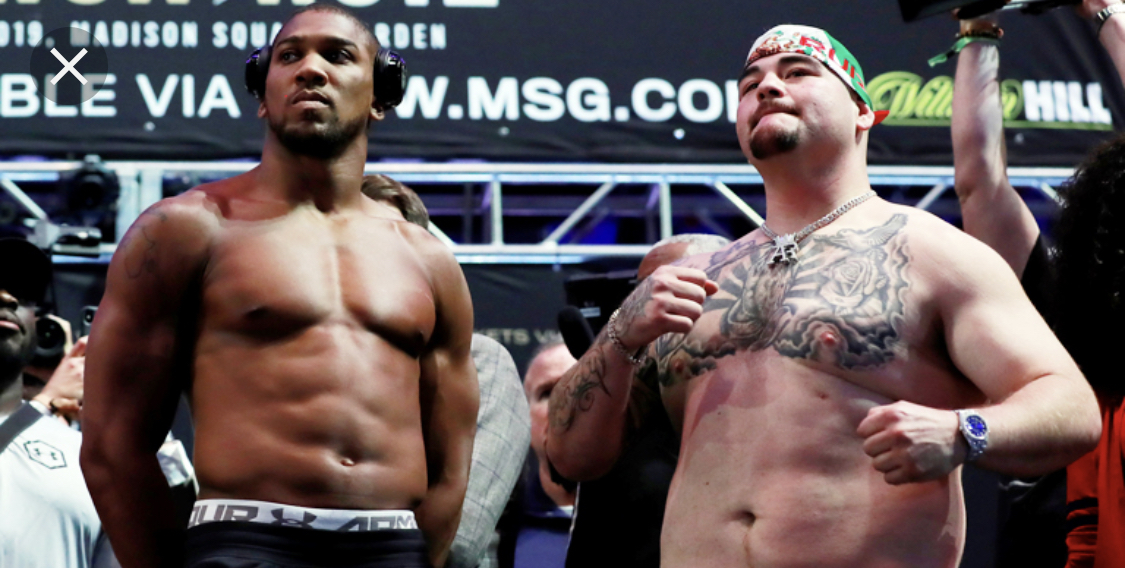 Unified heavyweight world titleholder Anthony Joshua will make his highly anticipated U.S debut in the big apple on Saturday when the unbeaten British sensation puts his IBF, WBA, and WBO titles on the line against Andy Ruiz Jr. at Madison Square Garden in New York City.

Joshua (22-0, 21 KO’s), one of boxing’s most globally recognized names, will face Ruiz Jr. (32-1, 21 KO’s) who stepped up as a replacement opponent on less than four weeks’ notice after Jarrell “Big Baby” Miller failed multiple drug tests for a trio of performance-enhancing substances.

While Ruiz is far from possessing the dangerous punching power of WBC titlist Deontay Wilder, whom the boxing world is trembling in dire anticipation for Joshua to finally fight, Ruiz Jr. is no dark horse. He has very underrated speed for a big man, but another question for an individual of his breadth is whether he will be able to move his feet fast enough to get into the positions he needs to land effective punches. We will find out the answer at the “Mecca of Boxing” on Saturday (DAZN, 9 p.m. ET).

Joshua badly wants to fight Wilder and even stated earlier this week that he would be willing to sit down with the unbeaten star to reach an agreement to fight in the future, but he isn’t looking past Ruiz, who will undoubtedly be a threat early in the fight.

"[Ruiz] is from a boxing background; his dad is an ex-boxer on the world stage as well," Joshua said. "He is Mexican and we all know they can fight and it's their heritage. He does not throw as much punches as Miller and is more selective. Ruiz punches with more intent to hurt and slow your opponent dow, nso they are easier to hit. I think Miller was trying to outwork me and muscle me where Ruiz is looking for that one-shot knockout."

Ruiz, who scored a fifth-round KO of Alexander Dimitrenko in his PBC debut, in April, weighed-in at 268 pounds on Friday, while Joshua tipped the scales at 247 3/4 pounds. Ruiz came in at 262 pounds for the Dimitrenko bout.

For Ruiz, nullifying Joshua’s long jab will be critical, and that means the Mexican-American fighter will have to cut off the ring and try to unload on Joshua early to have any chance at winning. And as was captured so vividly in the fight against former heavyweight champion Siarhei Liakhovich in 2014, a bout that Ruiz benefited from a controversial decision, he tires out late.

Ruiz had fought for a world title once before in 2016 when he lost a majority decision to former titleholder Joseph Parker. Albeit he was fighting Parker in his home country of New Zealand, most reporters at ringside felt Ruiz had done more than enough to win.

Unfortunately, I think the hill is too steep for Ruiz to climb. I am taking Joshua to defeat Ruiz.