How Robeisy Ramirez can move past his cataclysmic pro debut 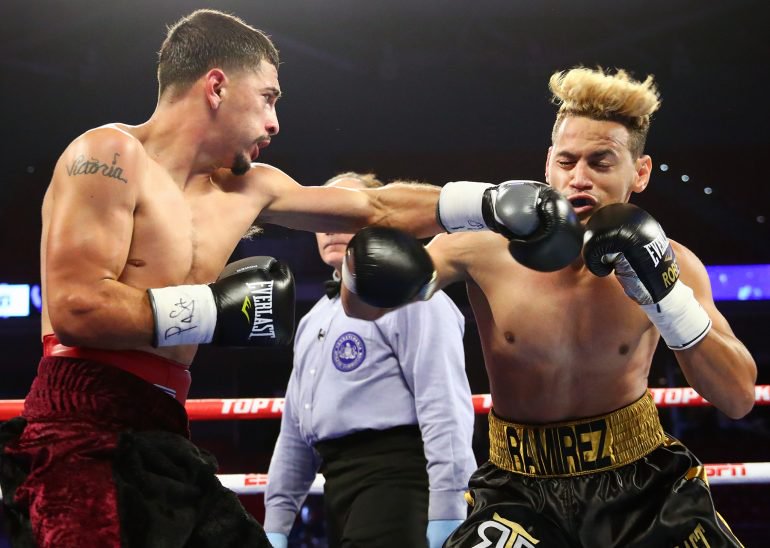 Featherweight Robeisy Ramirez's loss in his professional debut was an unprecedented disaster -- one that appeared avoidable from the get-go.

The southpaw Ramirez was a decorated amateur who won back-to-back Olympic gold medals for Cuba in 2012 and 2016 before defecting to the United States and signing with Top Rank earlier this year. During his Olympic career, he scored wins over Shakur Stevenson and Tugstsogt Nyambayar (in the gold medal matches) and also snagged victories over Michael Conlan and Murodjon Akhmadaliev. All of these fighters are now unbeaten pros and on the verge of becoming world champions. So, what in the world happened?

Top Rank promoter Bob Arum, speaking with ESPN, said: "He was off for a long time. He was in hiding, and so he wasn't himself, and he lost."

What was Ramirez doing during his time off? It certainly did not look like he was prepared -- at all -- for his debut. Former two-division world titlist Timothy Bradley Jr., who worked the ESPN+ broadcast as an analyst, echoed a similar sentiment.

"He's going to have to get himself a new training team. He was not ready for this debut," Bradley bluntly stated. "He looked terrible in there. He looked tired from the second round, and he got beat down. It's not over for him. The kid got some talent. He does. I see some talent, but he needs to be taught the right way. He needs to get with a good team, a good trainer, someone that knows the sport well."

Ramirez, 25, was dropped by Adan Gonzales (5-2-2, 2 KO's) in the opening seconds of the bout with a clean left hand. The 22-year-old Denver native proceeded to beat him up for the rest of the fight, which resulted in a split decision win because there always seems to be one judge who is completely out to lunch -- but so was Ramirez in the fight. He hardly used his jab and fought with no game plan. If they thought they were going to have a walk in the park for their first fight, they were wrong -- dead wrong.

When a fighter loses a big fight, someone gets blamed, and it is usually the trainer. But somewhere along the line, personal responsibility has to fall on the fighter. The trainer can only do so much. Arum's statement suggests that Ramirez was not in the gym. For a young fighter with dreams of becoming a world champion, that exemplifies an incredible lack of discipline. Although Bradley mentioned the possibility of Ramirez replacing his training team, the idea did not pan out so well for him, either. When Bradley split from longtime trainer Joel Diaz for Teddy Atlas in September 2015, he experienced mixed success. He scored a ninth-round TKO over Brandon Rios, but was dropped twice by Manny Pacquiao and lost a unanimous decision. Bradley subsequently retired.

Many fighters have experienced adversity in the early part of their careers and still persevered to become world champions. Some of the more recent examples include Tevin Farmer, Jorge Linares, Juan Manuel Marquez, Manny Pacquiao, Orlando Salido, and Srisaket Sor Rungvisai.

Farmer suffered a fourth-round stoppage in his pro debut but is now a titleholder at 140-pounds.

Linares suffered three knockouts early in his career, two of which occurred within the first two rounds, but still went on to become a world champion.

Marquez was disqualified in his pro debut and went on to become one of Mexico's finest warriors, winning world titles in four different weight classes, and was inducted into the Nevada Boxing Hall of Fame this past weekend.

Pacquiao, of course, needs no introduction. He suffered two knockouts in 1996 and 1999 when he was a flyweight. However, he went on to win in eight different weight classes -- the most of any fighter in boxing history, and at the age of 40, currently holds the WBA Super welterweight champion.

Salido lost his debut by fourth-round knockout but went on to win world titles at 126 and 130 pounds.

Sor Rungvisai lost by third-round knockouts in his first two pro fights but is now a two-time junior bantamweight champion.

Ramirez may have been a great amateur, but he is in an entirely different environment now, and he must get that in his head. If Ramirez can put this egregious mistake behind him and dedicate himself the way he did to win consecutive Olympic gold medals, he is going to be a great fighter.