De La Hoya on Canelo-GGG trilogy: We will see a third fight! 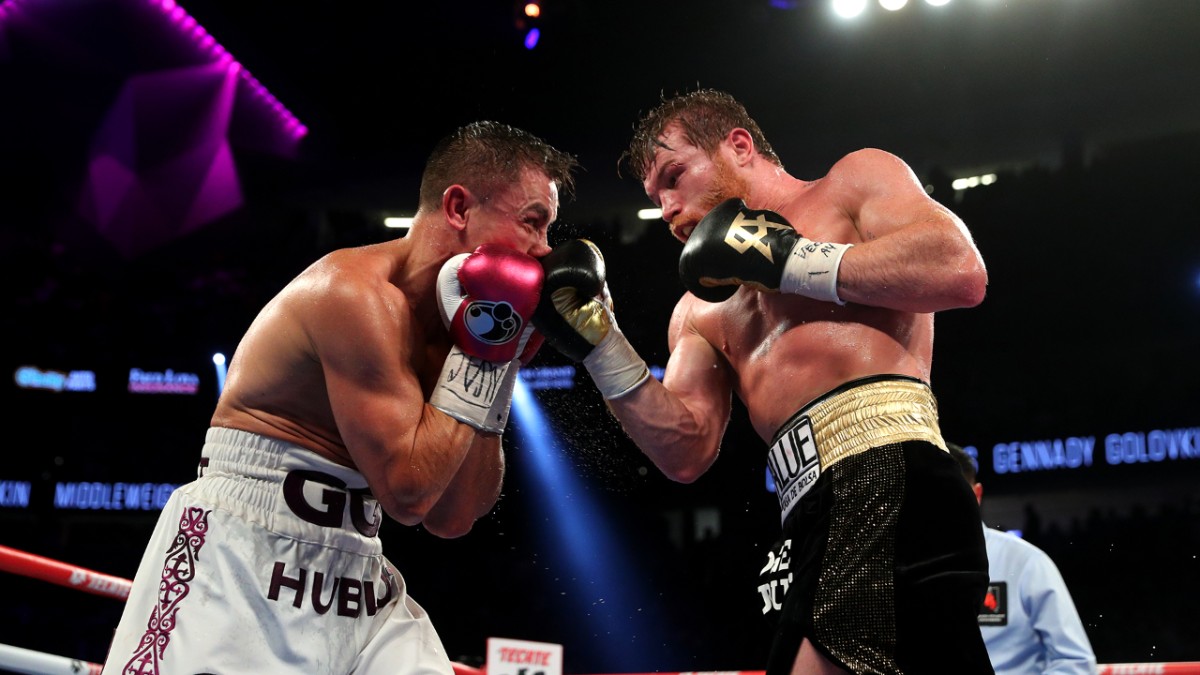 De La Hoya made the statement on Tuesday at a press conference to announce the Sept. 14 card that will feature WBO junior middleweight titlist Jaime Munguia and lightweight Ryan Garcia at Dignity Health Sports Park in Carson, California.

That date had been reserved for Canelo, but after failing to secure deals to fight Sergiy Derevyanchenko and light heavyweight world titleholder Sergey Kovalev, Alvarez will not fight on Mexican Independence Day weekend for the first time since 2015. Moreover, Alvarez was stripped of the IBF middleweight title he won against Golovkin last September as a result of the failed negotiations with Derevyanchenko.

"I strongly feel that we will see a third fight. I strongly feel that being the warrior that Canelo is, and obviously 'GGG' being willing to fight Canelo, again I think the demand is there from the fans," De La Hoya said via ESPN's Steve Kim. "I don't know how soon we'll see it, but I think eventually we will."

FightNights.com was first to report on Tuesday that talks for a unification fight between Alvarez and WBO beltholder Demetrius Andrade were ongoing, with a deal imminent. The bout could take place on either October 19 or 26 in Vegas -- per sources. There are at least six other opponents that Canelo has approved, including light heavyweight world titleholder Sergey Kovalev, two-division world champion Billy Joe Saunders, and WBC 160-pound titlist Jermall Charlo.

Ultimately, it is up to Alvarez on who he wants to fight next.

"It's up to [Alvarez]. He has a win over [Golovkin], and it's totally up to him if he wants to do it or not,'' Golden Boy President Eric Gomez told ESPN. "He has said in the past that if that's the fight that the fans really want, he'll do it. He's done it before, but it's totally at his discretion, whenever he wants to do it."

Alvarez and Golovkin fought to a highly controversial draw in September 2017. They met again in a highly-anticipated grudge match. The second time around, the fight was much tighter, with Canelo edging his arch-nemesis by majority decision. google.