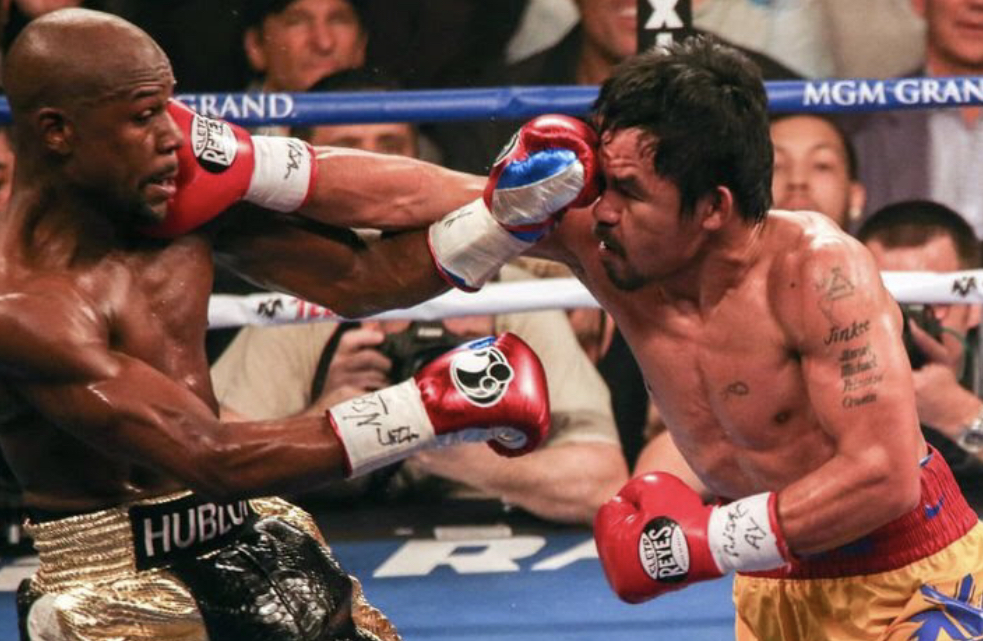 Mayweather (50-0, 27 KO’s, 42, a 1996 Olympic bronze medalist who won multiple world titles in five different weight classes, returned to the gym in recent weeks, but has not fought competitively since 2015 when he outclassed Andre Berto, the same year when he beat Pacquiao in boxing’s most lucrative fight.

Since then, Pacquiao has called for a rematch, to no avail — for now. Mayweather has picked up victories Conor McGregor (to reach 50 career wins) and Tenshin Nasukawa in an exhibition bout.

Floyd Mayweather Sr., father and trainer of Jr., who was inducted into the Nevada Boxing Hall of Fame on Aug. 9, gave some insight into a potential Mayweather-Pacquiao rematch.

“It’s still good for Floyd and Pacquiao to do it again,” the elder Mayweather stated. “It ain’t no diggity, it ain’t no doubt, we’ll all soon find out what it’s all about.”

Mayweather also added that he would be open to his son facing former unified titlist Keith Thurman.

Mayweather defeated Pacquiao by unanimous decision when they met on May 2, 2015.

What does this all mean? We will soon find out