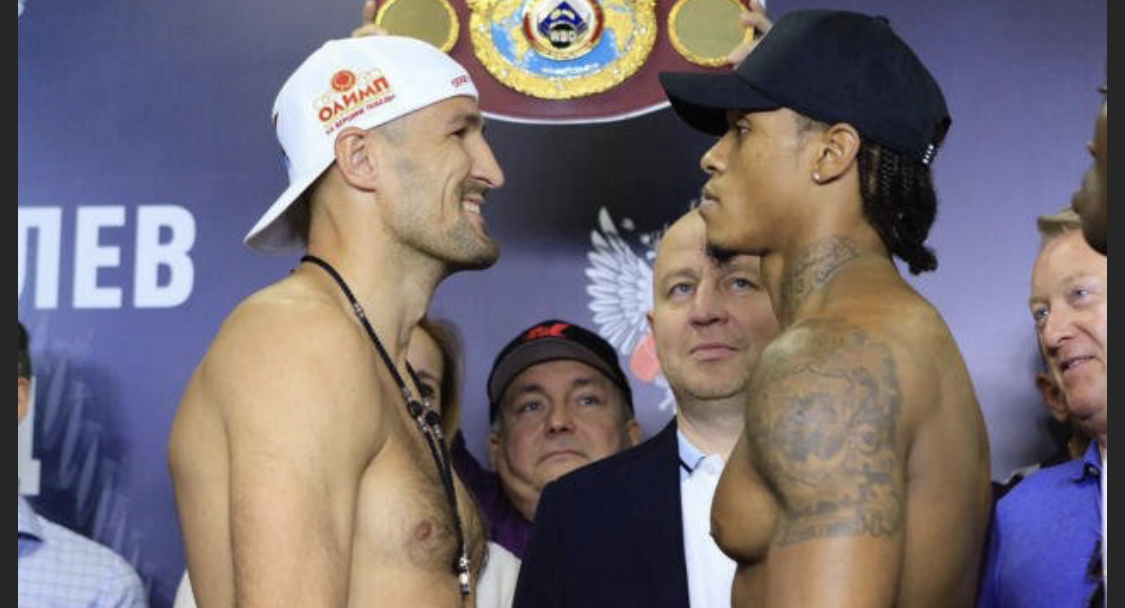 After Sergey Kovalev lost his light heavyweight world title a year ago by seventh-round knockout to Eleider Alvarez, many wrongfully assumed that the Russian’s best days were behind him.

And when Kovalev opted to fight Alvarez again, critics continued to question whether “Krusher” had enough in the tank.

Then Kovalev called an audible and changed trainers, which he has done multiple times in his career. But this was not just any other trainer — it was Buddy McGirt —, and it has been a career-changer for the 36-year-old.

In 2002, McGirt was named Trainer of the Year by the Boxing Writers Association of America. Moreover, he has trained multiple world champions, including Arturo Gatti, Sergey Kovalev, Sergey Lipinets, Paulie Malignaggi, Hasim Rahman, and Antonio Tarver.

McGirt, who was inducted into the International Boxing Hall of Fame in June, was also a professional boxer himself. He turned pro in 1982 and went on to win the IBF junior welterweight title in 1988 and the WBC welterweight title, which he held from 1991-1993. McGirt retired in 1997 with a record of 73-6-1 with 48 knockouts.

Kovalev outclassed Alvarez and won a clear unanimous decision to regain his 175-pound belt on Feb. 2.

Kovalev looked incredible. However, in recent years, it has been difficult to determine what version of Kovalev we are going to see — the one that was beaten into submission by Andre Ward — or the version that outboxed and destroyed the likes of Nathan Cleverly, Bernard Hopkins, and Jean Pascal.

As FightNights.com has previously documented, Kovalev struggled to contain his smoking and drinking habits in the past. He entered camp for the first Ward bout close to 230 pounds.

Kovalev needed to get back on the right track — badly. One could imagine what Kovalev’s career might look like if McGirt had been in his corner when his pro career began in 2009.

McGirt is heralded among boxing circles for teaching things inside the ring that are simply not taught anymore, or enough at the very least.

He teaches his fighters to hook off the jab, double, triple up the jab. Moreover, he urges his boxers to constantly move, slip, spin, and pivot.

These skills are going to come into play when Kovalev takes on Yarde. They meet on Saturday (ESPN+, 12:30 p.m. ET) at Traktor Arena in Chelyabinsk, Russia -- Kovalev's hometown, where he will fight for the very first time.

"I understand Anthony Yarde's ambitions," Kovalev said. "He calls himself a lion but to me he is a cub. He is so young. I will have to get rid of all that baby fur off his skin so he will run away back home."

England's Yarde, who is unbeaten, was more than willing to go on a trek to the motherland.

"I am more than happy to achieve my goal in Russia and I think it is only right that a great world champion such as Kovalev is given the opportunity to defend in his home country. He has earned that right," Yarde said. "What I know is that on [Saturday] another world title belt will be under British ownership and I will have done it the hard way, one that nobody will be able to question."

England's Yarde (18-0, 17 KO’s), who turned 28 on Aug. 13, will be fighting outside of the United Kingdom for only the second time. He is a formidable puncher, but his resume is bereft of any solid opponents.

Of course, nothing is ever guaranteed in boxing. A prime example came earlier this month when Denver’s Adan Gonzales spoiled the pro debut of dual Olympic gold medalist Robeisy Ramirez at Liacouras Center in Philadelphia.

Gonzales knocked Ramirez down with a left hook in the opening round and went on to win a four-round split decision that should have been unanimous.

Yarde’s trainer, Tunde Ajayi, has also come under intense scrutiny for his use of ‘tippy-tappy’ pads during a public workout with Yarde.

No footwork, no head movement, no slips, just punching.

Kevin Mitchell, who trained under Ajayi for his first 16 bouts, described his ex-trainer’s methods as “a load of bull****” in April.

Kovalev is not going to be a sitting target and that will prove to be a difficult task for Yarde, whose team also does not believe in sparring.

Expect Kovalev to jab Yarde to death and frustrate the youngster with sharp right-hand counters through the guard.

No one can take anything away from Yarde, though, who reportedly rejected 1 million in step-aside money from middleweight champ Canelo Alvarez, who could fight Kovalev in the fall if he wins.