Kovalev wants to box for a couple more years, but has plenty left to accomplish 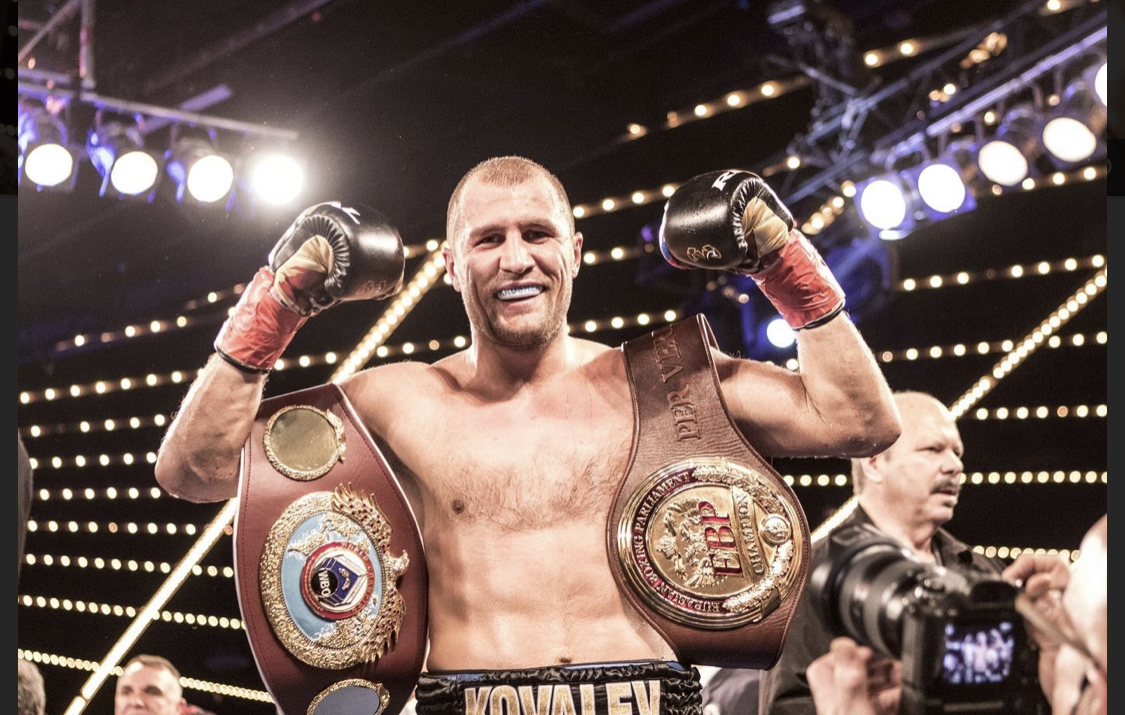 Light heavyweight world titlist Sergey Kovalev knows his days as a professional boxer are numbered, but that is not going to prevent the 36-year-old from unchecking the remaining items on his bucket list.

The WBO light heavyweight champion would like at least five more fights and become the undisputed champion before hanging up his gloves.

“For myself, what I see,” Kovalev said, “like five more fights and to be the undisputed champion.”

When he ultimately decides to end his career makes no difference, Kovalev is a certain first-ballot Hall of Fame fighter.

As enticing as his future looks, Kovalev must deal with the present on Saturday.

Kovalev takes on England’s Anthony Yarde in the main event of an ESPN+ stream in the United States (12:30 p.m. EDT/9:30 a.m. PDT). Most of the Kovalev-Yarde card will be broadcast by BT Sport in the United Kingdom (5 p.m. BST).

“Let’s just see what will be this Saturday,” Kovalev said. “All these fights, yes, I really want it. But everything depends from this Saturday, you know? I have a focus right now for this fight, and next, I will be open for each fight.”

If Kovalev defeats Yarde (18-0, 17 KO’s), he could meet Mexican superstar Canelo Alvarez in the fall, who would move up two weight classes to fight him.

Another option for Kovalev is a world title unification bout against the winner of the upcoming fight between Artur Beterbiev (14-0, 14 KO’s) and Oleksandr Gvozdyk (17-0, 14 KO’s). This would present an opportunity for Kovalev to leave with three 175-pound belts, leaving just one to become undisputed. Russia’s Beterbiev (IBF titleholder) and Ukraine’s Gvozdyk (WBC champion) collide on October 18 at Liacouras Center in Philadelphia.

Russia’s Dmitry Bivol (16-0, 11 KO’s) is the WBA “Regular” world light heavyweight champion, but could eventually move down to 168 pounds.

When the tide sets and there are no men left to destroy, Kovalev is looking forward to the day he rides off into the sunset and spends his remaining days with his family.

“Just like a couple more years [is] enough. I wanna spend more time with my family, because I don’t see them, how my baby’s growing up. This year was the most I was out of my family. Since May, I saw maybe like twice on weekends each month. Like, it’s really tough.”