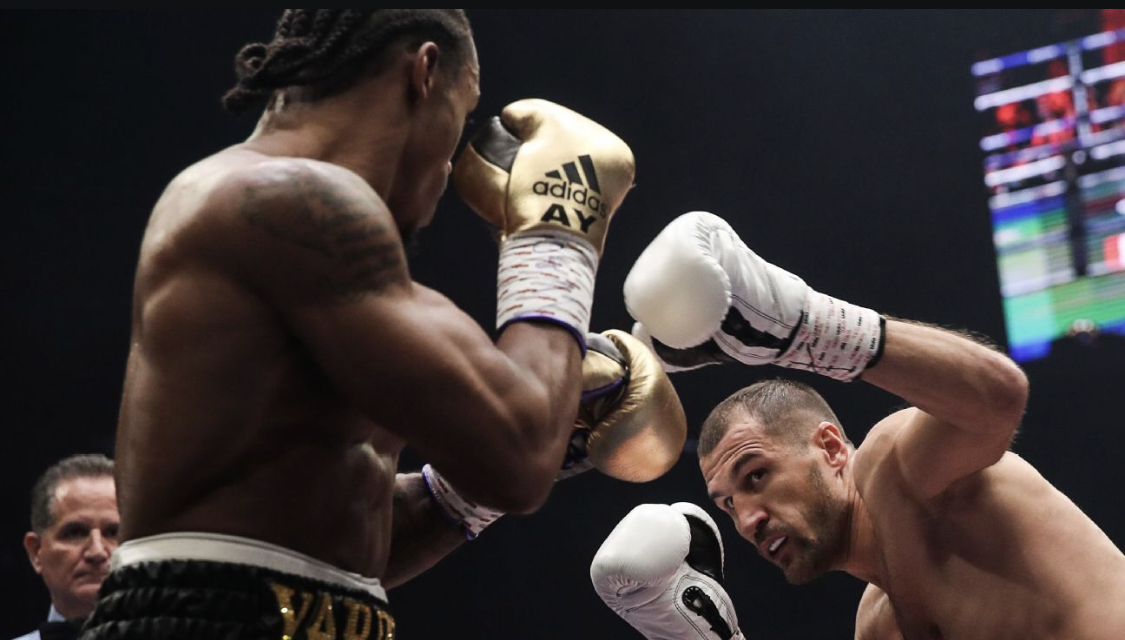 Kovalev retained his 175-pound belt for the first time by scoring a one-punch knockout of Anthony Yarde in the 11th round on Saturday on ESPN+ at the Traktor Sport Palace in Chelyabinsk, Russia.

It was a homecoming bout for the Los Angeles-based Kovalev, who was fighting in his hometown for the first time and sent the partisan, sellout crowd of 7,500 home happy to set up a potential fight with middleweight world champion Alvarez, boxing’s number one attraction, on Nov. 2.

Alvarez is expected to fight on that date. At least five other opponents are also being considered, including 160-pound titlists Demetrius Andrade and Jermall Charlo, and super middleweight champ Billy Joe Saunders.

Both sides had previously discussed fighting on Sept. 14 on Mexican Independence Day weekend. However, Kovalev had already agreed to make a mandatory defense against Yarde.

Although Kovalev outboxed Yarde for a majority of the fight, Yarde badly hurt the 36-year-old in the eighth round, and the Russian’s trainer, Buddy McGirt, was close to stopping the fight, but Kovalev refused to quit.

The key to Kovalev’s success in the fight was his signature left jab, which McGirt had urged him throughout the bout to keep utilizing.

Yarde (18-1, 17 KO’s), a formidable puncher from the United Kingdom, had a clear speed advantage from the opening bell, but until Saturday, had never gone past 12 rounds in his professional career.

Kovalev (34-3-1, 29 KOs) used his jab to frustrate Yarde in the fifth. By the end of the round, Yarde looked like a strong wind could knock him down.

But Yarde gathered himself up nicely and hurt Kovalev in the seventh round to the body.

Yarde went on a hellacious assault in the eight round and badly hurt Kovalev with several powerful right hands. McGirt warned Kovalev to “show him something” or he was going to stop the fight.

Kovalev, 36, did just that and went back to the basics, fighting behind his jab and snapping Yarde’s head back repeatedly.

Kovalev rocked Yarde with several right hands as he took advantage of his younger opponent punching himself out. Yarde was saved by the bell, but the writing was on the wall.

With just over a minute left in the 11th round, Yarde was completely gassed, struggling to maintain his balance. With no backup tank in reserve, Kovalev connected with a stiff left jab on the chin and Yarde was counted out as he fell flat on his back. The time of the knockout was 2 minutes, 4 seconds.