Estrada dominates, KO’s Beamon in ninth round to retain belt 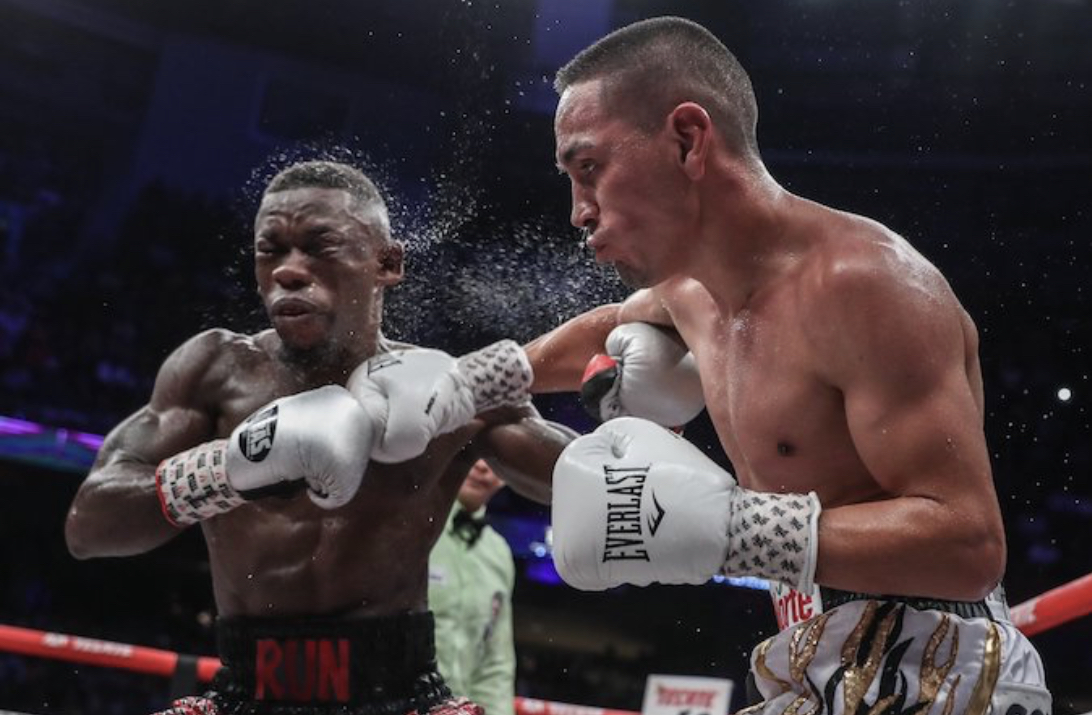 Estrada had not boxed in his hometown since winning a non-title bout in 2014. This time, 12,000 fans were on hand as he dominated Beamon to retain his 115-pound world title for the first time.

Estrada (40-3, 27 KOs), who signed a co-promotional deal with Matchroom Boxing promoter Eddie Hearn in June, was in his first bout of the new deal, which came four months after Estrada took the belt from Srisaket Sor Rungvisai at The Forum in Inglewood, California on April 26. The victory avenged a 2018 decision loss, which some saw Estrada winning.

Estrada hopes to face fellow titlist Khalid Yafai (26-0, 15 KO’s), 30, of England, who is also co-promoted by Hearn, in a unification fight on the undercard of the rematch between unified heavyweight titleholder Andy Ruiz Jr. and former titlist Anthony Joshua on Dec. 7 in Diriyah, Saudi Arabia.

Beamon (16-2-1, 11 KOs), 34, a Goldsboro, North Carolina, native fighting out of Las Vegas, who has been a professional since only August 2015, was taking a massive step up in competition. It proved to be way too much, although he showed a big heart and had some moments, as he landed many right hands in his seventh fight in a row in Mexico.

It was all Estrada from the opening bell. The 29-year-old dropped Beamon (16-2-1, 11 KO’s), a 34-year-old Vegas-based fighter, twice in the second round, once with a left hook, and again with a right hand to the body.

Estrada found Beamon difficult to put away in the third round. He had the North Carolina native in trouble, but Beamon survived and came back to connect with several overhand rights.

Estrada badly hurt Beamon in the seventh round with an uppercut and let his hands go, staggering his opponent just before the round concluded.

Estrada opened a cut above Beamon’s left eye in the eighth round and targeted the damaged area with clean right hands.

The wounds began to slow down Beamon, who was cut above his left eye, and Estrada

Estrada went for the finish in the ninth round, and he got it, pounding Beamon along the ropes until referee Abdiel Barragan stepped in to stop the action at 51 seconds.