Campbell Cool Ahead Of Lomachenko Bout 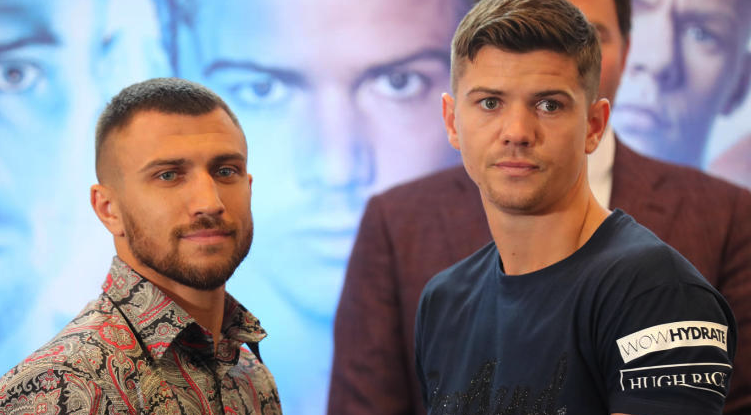 Luke Campbell will take on the biggest challenge of his pro career this weekend when he gets in the ring with pound for pound king Vasyl Lomachenko, a boxer described as one of the greatest of all time after just 14 fights. Cool Hand is remaining typically calm ahead of the O2 showpiece and believes he can come away victorious.

Campbell, 31, comes into the fight after three successive victories, beating Mexico’s Adrian Young by TKO last time out. The Olympic gold medallist also managed to avenge the defeat he incurred against Yvan Mendy in his 13th pro bout, which happened to be the first defeat of his professional career, by beating him by unanimous decision two fights after his split decision loss to Jorge Linares.

With 20 wins, which includes 16 knockouts, from 22 bouts, Campbell feels the time is now as he aims to claim the WBA (super), WBO, WBC and The Ring lightweight titles. However, even with these stats and huge local support for Luke, near enough every UK online betting site as well as boxing pundits have the British fighter as the rank outsider for the match.

This is because Vasyl Lomachenko who hails from Ukraine, has other ideas. As he looks to retain his status as one of the most excellent fighters of his generation. Following a shock split decision defeat to Orlando Salido in his second pro bout, Loma has swept aside everyone who has stood in his way, beating the likes of Jorge Linares, Jose Pedraza and Anthony Crolla.

Lomachenko is held in high regard by most, and in many ways feared, but Campbell comes into this fight the bigger of the two men, and his size could prove to be crucial. Loma has tasted defeat, he has been hurt, and he has been down, and all these things are rightfully giving Campbell confidence ahead of what could be a life-changing tear up. Lomachenko is also renowned for not being a big puncher at lightweight, and this too could play into Campbell’s hands.

Cool Hand’s size will undoubtedly play a significant role in the bout, and combining this with his ability to box, as shown against Jorge Linares, could provide Campbell, Britain’s most successful amateur boxer of all time, with everything needed to pull off a shock result. However, he is facing a man who won 396 out of 397 amateur bouts and consecutive Olympic golds. Loma also won his first world title in this third pro fight, and by his twelfth bout was a three-weight world champion.

Also, on the August 31 card at the O2 is the scheduled fight between Hughie Fury and Alexander Povetkin. Fury is looking to rise through the heavyweight rankings following his switch to Matchroom, and Povetkin, who lost to Anthony Joshua at Wembley last time out, will prove to be a very live opponent. The Russian, who only has two defeats on his record, has proven himself to be one of heavyweight boxing’s most capable performers, with his last victory being the devastating knockout of David Price in Cardiff. If Fury isn’t on his game, he could come a cropper to the much more experienced man.