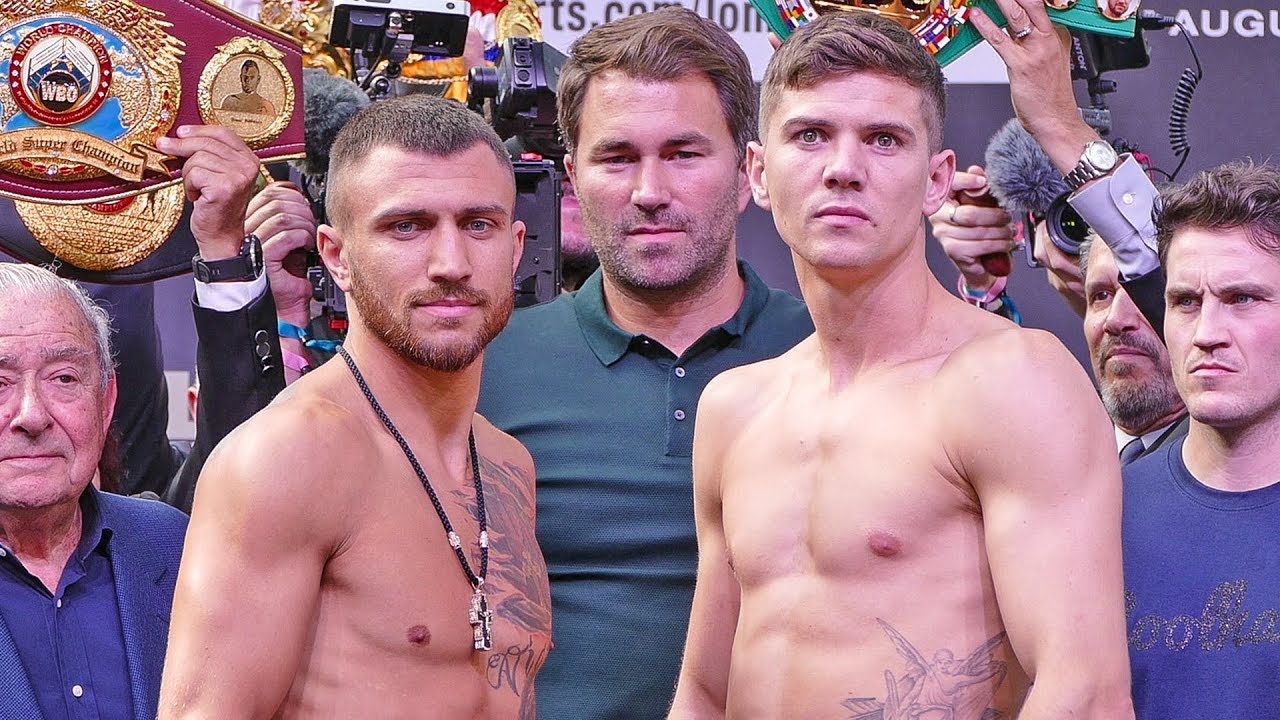 Vasiliy Lomachenko and Luke Campbell are ready to do battle, but they will have to wait until tomorrow night.

Both fighters made weight for their three-belt lightweight world title unification bout, which takes place Saturday in front of a sold-out crowd at The O2 in London, England.

Lomachenko (13-0, 10 KO's), of Ukraine, weighed-in at 134.5 pounds in his quest to add another belt to his collection. Nine of his last 10 fights have ended by way of knockout, including his fourth-round knockout of mandatory challenger Anthony Crolla in April.

Campbell (20-2, 16 KO's), who hails from the United Kingdom came in at 134 1/4 pounds. The 2012 Olympic gold medalist is fresh off a fifth-round stoppage of Adrian Yung in March. This is the 31-year-old's second attempt at achieving world championship glory. He dropped a split decision to then-beltholder Jorge Linares in Sept. 2017.

Lomachenko, a dual Olympic gold medalist, also fought Linares in May 2017, but with a different result than his opponent. Although he was knocked down for the first time in his career, Lomachenko knocked out Linares with a left hook to the liver in the 10th round to become a three-division world champion.

Fury, who is the cousin of unbeaten lineal heavyweight champion Tyson Fury, weighed-in at 224 pounds, while Povetkin checked in at 225.7 pounds.