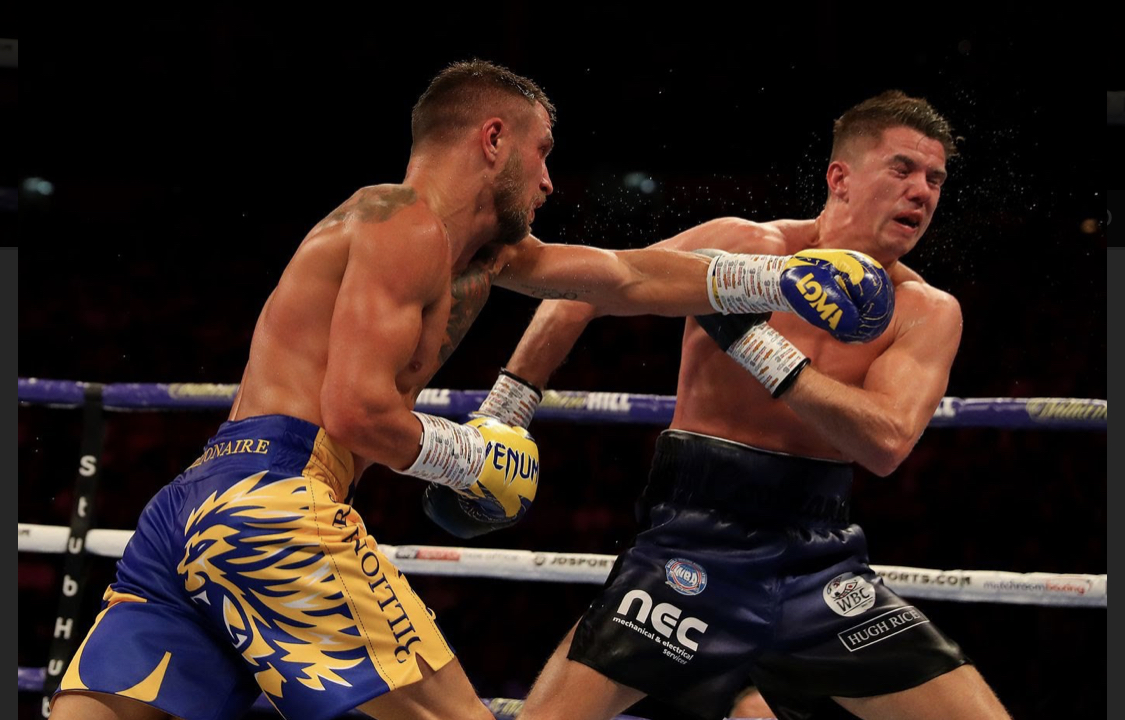 Top pound-for-pound sensation Vasiliy Lomachenko was brilliant again on Saturday as he moved one step closer to becoming the undisputed lightweight world champion with a lopsided unanimous decision victory against Luke Campbell at The O2 Arena in London.

Before a crowd of 18,000-plus, Lonachenko defended his two 135-pound belts and added a vacant one to his collection as he outboxed and outfought Campbell on ESPN+ in a battle between Olympic gold medalists.

Lomachenko, who knocked down Campbell in the 11th round and nearly forced a stoppage won on scores of 119-108, 119-108 and 118-109. FightNights.com scored the fight 117-110 for Lomachenko, who added another significant victory to an already impressive résumé.

"Loma is up there with Muhammad Ali, Marvin Hagler, Sugar Ray Leonard, Floyd Mayweather, Oscar De La Hoya, Manny Pacquiao. He belongs with those fighters," Top Rank promoter Bob Arum, who promoted each of those legends, said of Lomachenko,

Lomachenko, who holds three lightweight world title belts, needs only one more to become the undisputed champion and is expected to face the winner of world titlist Richard Commey and mandatory challenger Teofimo Lopez Jr., who are expected to clash on Dec. 14 at Madison Square Garden in New York on ESPN.

Lomachenko, 31, who has also won world titles at featherweight and junior lightweight, might as well be called “The Briticutioner.” Campbell is the second Brit in a row to fall to the might of the Ukrainian. Lomachenko destroyed mandatory challenger Anthony Crolla in a fourth-round destruction in April in Los Angeles.

Campbell, who was taken to the hospital after the fight for precautionary reasons, lauded Lomachenko for his performance, including head trainer Shane McGuigan.

"He just beat me, so he's very good," Campbell said. "He's a special fighter, and we all knew he was a special fighter. This is boxing, and we train to win. Obviously, I'm disappointed in myself for not getting the victory. Tonight was Lomachenko's night, and my time will come.”

McGuigan added: "It's hard to prepare for him. Luke did himself proud tonight. He boxed a once-in-a-lifetime fighter.”

The fight began with both fighters trying to feel each other out. Campbell connected with a nice left hand to the head at the end of the first round. However, he would struggle to land clean punches thereafter.

Lomachenko continued to pop Campbell with the jab and started to connect with punches downstairs. Campbell, however, remained in the pocket, and fired back with shots of his own.

Lomachenko (14-1, 10 KO’s), making his third title defense, had a great fifth round. He hurt Campbell with another clean straight left hand and followed up with a brutal body attack before the bell sounded.

Campbell briefly rallied in the seventh round to hurt Lomachenko with a left hand. However, Lomachenko came back to rattle Campbell with a right hand and another series of body shots.

Campbell (20-3, 16 KO’s), 31, of England, was never out of the fight, but was outgunned in every department. It was Lomachenko connecting with the harder, crisper punches as the fight went into deep waters. In the 11th round, though, Campbell got hit by a tidal wave body shot that dropped him to a knee. Lomachenko came close to knocking him out, but ran out of time. Lomachenko outlanded Campbell 44-17 in the 11th round.

In the 12th round, it was shades of Deontay Wilder vs. Bermane Stiverne I. Lomachenko whacked Campbell with shot after shot. To avoid going down, Camp well grabbed on to Lomachenko around the waist and wrestled him to the canvas.

Campbell was getting his second shot at a lightweight world title. He challenged Jorge Linares for his belt in September 2017 in but was knocked down and lost a split decision in a very close, competitive affair. Two bouts later, Linares would go on to drop Lomachenko, but Lomachenko rallied back to knock out Linares in the 10th round of their May 2018 fight to win the WBA lightweight title.

Now Lomachenko is vying to become the fifth man of the four-belt era to become undisputed champion.

Arum plans to match the winner of Commey-Lopez with Lomachenko.

"Obviously, we're looking to win the fourth belt to unify the title," Arum said. "But Loma and [manager] Egis [Klimas] have told [us] they can't wait to come back to the U.K. to fight here again. The English fight fans are the best fans in the world.

"Luke Campbell didn't disgrace himself. He fought a hell of fight. He's a hell of a fighter. Big, big heart, and Luke will be back. [Lomachenko] will fight the best fighters at featherweight, [junior lightweight] or lightweight. Only the best. He's a special, special fighter."