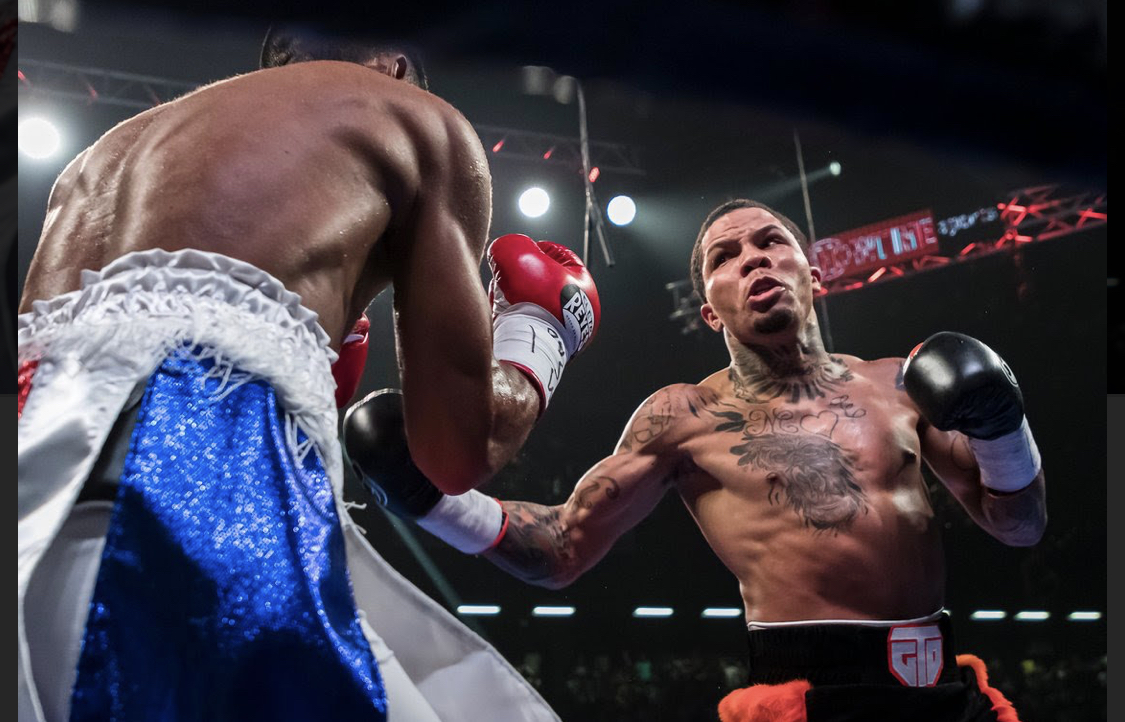 After seeking big fights at junior lightweight and hearing nothing but a buzzing dial tone, Gervonta Davis has had enough. The explosive puncher has decided to vacate his world title and move up to the lightweight division limit of 135 pounds, where he will campaign for a world title in his second weight class.

Davis (22-0, 21 KO’s), 24, of Baltimore, Maryland, has needed two rounds or less to finish off both of his opponents this year. He wrecked late replacement Hugo Ruiz in the first round on Feb. 9 in Carson, California. Ruiz, a former junior featherweight world titleholder, was a late replacement for the injured Abner Mares. Then, Davis made a mandatory title defense against Ricardo Nunez in a Baltimore homecoming on July 27 and scored a second-round knockout in his second and final defense of the WBA “Super” super featherweight world title.

Davis initially held the IBF version of the 130-pound world title belt. However, he lost it on the scales in Aug. 2017 when he came in overweight for his slated title defense against Francisco Fonseca on the undercard of the Floyd Mayweather vs. Conor McGregor super fight.

However, Davis told ESPN that he just wanted to win another world title in another weight class.

"I want to be in position to fight for a belt. So if I can get one of the champions [at lightweight] or get someone that would line me up to get a belt then I'm cool with that," Davis said. "I'm open to fight whoever."

The WBA has reclassified Davis as its No. 1 contender at lightweight in its new September rankings, which puts him in prime position to eventually face top pound-for-pound sensation Vasiliy Lomachenko.

"Lomachenko is definitely one of the top opponents for me at 130 or 135. I believe it will happen, but it got to be at the right time," Davis said of a tough fight to make, because he is with Premier Boxing Champions and fights on Showtime and Lomachenko is with Top Rank and fights on ESPN.“

Lomachenko holds three of the four belts at lightweight. He added a third on Aug. 31 by winning the vacant belt by unanimous decision against Luke Campbell. Lomachenko is expected to fight for the undisputed championship in early 2020 against the winner of an expected Dec. 14 bout between titlist Richard Commey and hard-hitting Teofimo Lopez Jr.

Davis is also willing to settle an ongoing beef with junior lightweight titlist Tevin Farmer, who like Lomachenko, boxes on a different broadcast platform than Davis. Farmer fights on DAZN.

Davis said he is willing to face anyone, but he is not the one who puts the deals together. His job is to fight.

FightNights.com has been informed by multiple sources that Davis could face former unified featherweight world titleholder Yuriorkis Gamboa (30-2, 18 KO’s), a former Cuban Olympic gold medalist who knocked out Rocky Martinez in the second round on the Davis-Núñez undercard. FightNights.com was told by multiple sources in May that a Davis-Gamboa bout was in the works for July, but ultimately did not yield an agreement.