Joshua changes story, knockout was not a lucky punch after all 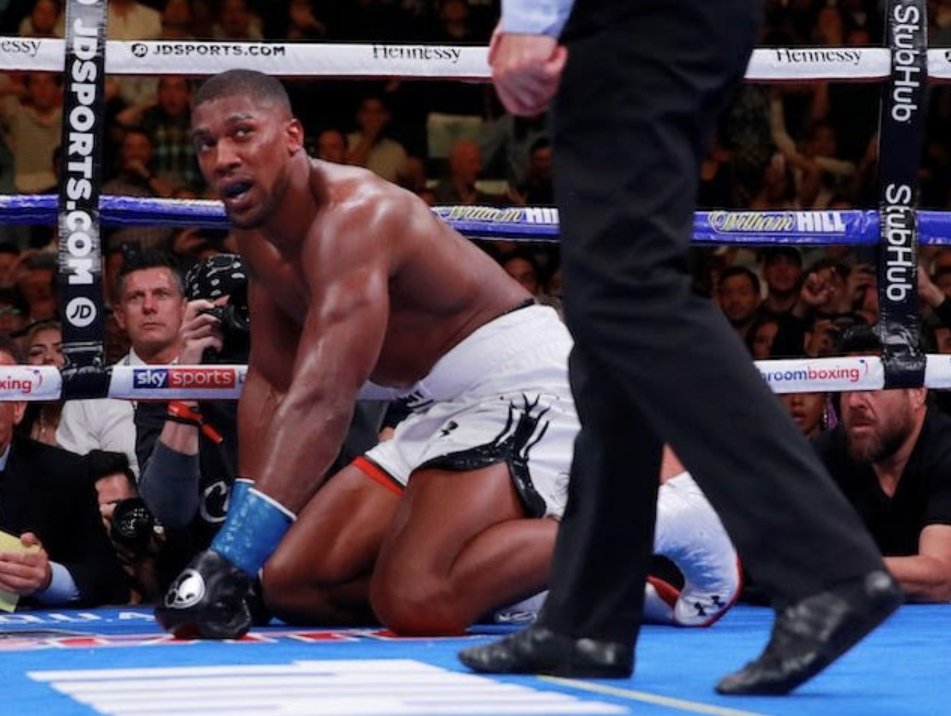 Former unified heavyweight world titleholder Anthony Joshua has provided plenty of reasons why he was knocked out by Andy Ruiz.

Ruiz (33-1, 22 KO’s, 29, of Imperial, California, who had been knocked down in the third round, rallied to drop Joshua twice later in the same round and scored two additional knockdowns in the seventh round to score a seventh-round knockout in one of the biggest upsets in boxing history on June 1 at Madison Square Garden in New York City. Ruiz also became the first fighter of Mexican descent to win the heavyweight title.

A lucky punch and a punch from the Gods has been the running story for Joshua, although an unanswered 12-punch flurry and four trips to the floor were really the cause of his demise.

Joshua has since backtracked on those comments.

“I was 50 percent of the way towards getting a win, just got caught. That’s why I said it was a punch from the gods. It wasn’t a lucky punch from him, but I train to defend that. It was a shot which just caught me on the head and I couldn’t recover. It was pitch perfect.”

Joshua (22-1, 21 KO’s), 29, who captured Olympic gold representing the United Kingdom at the 2012 London Games, is not expected to alter his gameplan much — at all — for the rematch.

“Maybe I’ll take a bit more time this time,” he said. “I haven’t fallen so far down the tree that I have to wait two years to get the rematch.

“I know how to fight. If I had to change everything now, it would be too risky. I haven’t got time to do that and make it new. So I’ll just add little things which will make big differences.”

Joshua will get his chance at redemption against Ruiz when they rematch on Dec. 7 (DAZN) at a soon-to-be-constructed 16,000-seat outdoor stadium in Diriyah, Saudi Arabia.