Report: Mayweather to fight in exhibition bout in China in 2020 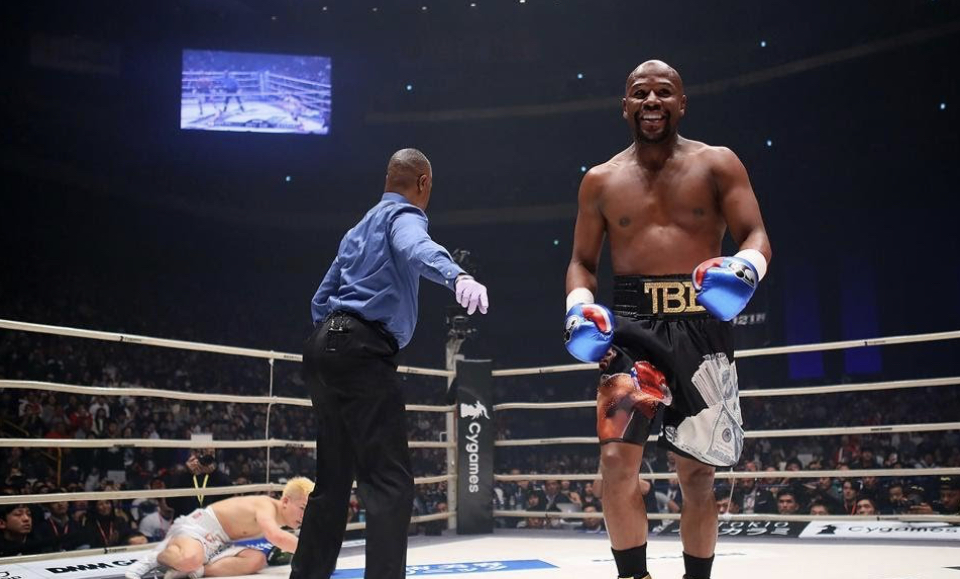 According to the South China Morning Post, Floyd Mayweather could return to the ring for an exhibition bout in China.

The Mission Hills Group has invited media to attend a press conference in Haikou, Hainan on September 18 to announce Mayweather’s “first fight in China.”

“The press conference will announce that Mayweather will hold a boxing match in China next year,” a spokesperson told the Post. “We have already got the Hainan government’s temporary approval for this event.

“But everything needs to be confirmed with Floyd as well. The details are not 100 per cent confirmed yet. We are in the process of negotiating details with Mayweather’s management.”

If the bout is finalized, it will reportedly take place in 2020.

“This match aims to enhance the friendship between two powerful nations through boxing, gaining popularity for Hainan in the role of an international tourism island and achieving Mission Hills’ vision of bringing world-class sports events to Haikou,” the media invitation added.

The post also stated that Mayweather will tour the Missions Hills Resort Haikou in the afternoon on September 17 before a private welcome dinner. On the following day, there will then be a signing ceremony with a press conference and a group interview.

Mayweather was in Hong Kong in June to discuss a potential exhibition fight with local boxing promoter DEF Promotions. He also visited Tokyo earlier this summer with the hopes of fighting more exhibitions bouts there in the future.