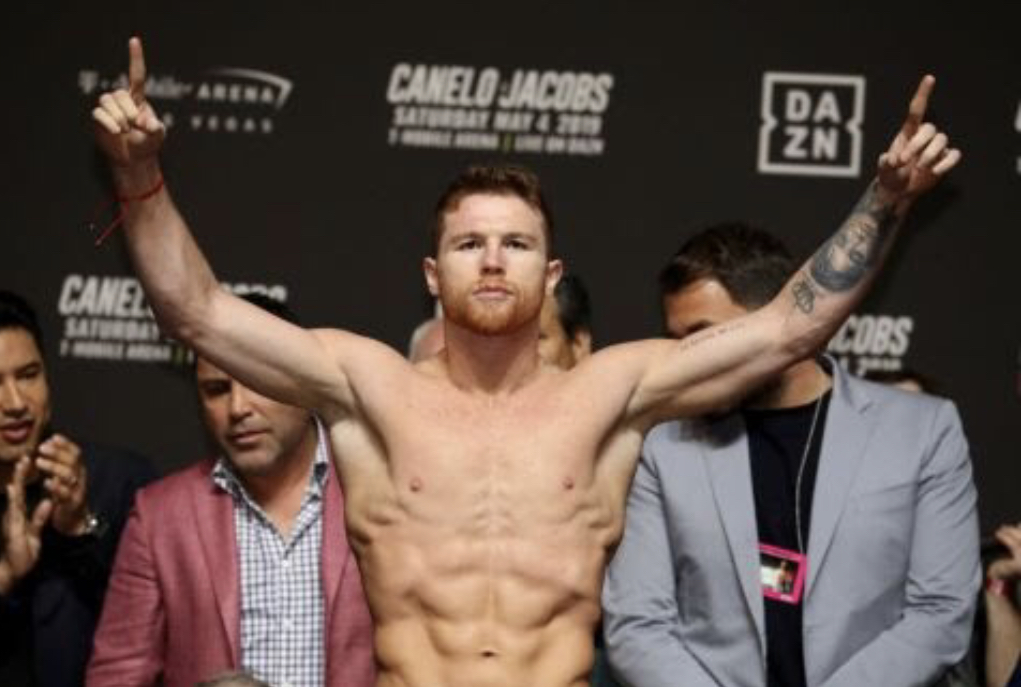 Canelo Alvarez (51-1-2, 34 KOs), the face of boxing and the king of the middleweight division, will take on a new challenge as he moves into the 175-pound weight class in a 12-round bout against champion Sergey "Krusher" Kovalev (34-3-1, 28 KOs) for the WBO Light Heavyweight World Title. The event will take place Saturday, Nov. 2 at MGM Grand in Las Vegas and will be streamed exclusively live on DAZN in all of its nine markets, including the United States, Canada, Brazil, Spain, Italy, Germany, Austria, Switzerland and Japan.

"We promised to make this fight happen, and now we are delivering it," said Oscar De La Hoya, Chairman and CEO of Golden Boy. "Historic fights have been a hallmark of this company, and we are pleased to once again live up to the high expectations we've set for our fans. The best pound-for-pound fighter is also boxing's biggest star. Few fighters in boxing's history can claim to be both like Canelo Alvarez. Now, he'll look to become a four-division world champion against one of the most dangerous fighters of recent years, and I'm certain that he will stop him. There's no better home for this than on the DAZN platform or live at the MGM Grand in Las Vegas."

Canelo, the 29-year-old native of Guadalajara, Jalisco, Mexico, became the face of boxing by taking on some of the biggest names in the sport. At 154 pounds, Canelo captured several world titles and defeated the likes of Austin "No Doubt" Trout, Sugar Shane Mosley, Alfredo "El Perro" Angulo, Erislandy "The American Dream" Lara and Liam "Beefy" Smith.

At 160 pounds, Canelo defeated Gennady "GGG" Golovkin and Daniel "Miracle Man" Jacobs to establish himself as the king of the middleweight division. And, shortly after signing a groundbreaking partnership with global sports streaming giant DAZN, Canelo moved into the 168-pound division by stopping Rocky Fielding in three rounds to become the WBA Super Middleweight World Champion.

Canelo will now look to make history once again by becoming the second Mexican boxer to hold a world title in the light heavyweight division, a feat only done by Julio Cesar Gonzalez in 2003. The pound-for-pound king will at the same time join an elite group of four-division world champions from Mexico.

"The second phase of my career is continuing just as we had planned, and that's why we are continuing to make great fights to enter into the history books of boxing," said Canelo Alvarez. "That's also why I've decided to jump two weight classes against one of the most feared champions of recent years. Kovalev is a dangerous puncher, and he's naturally the bigger man, but that's the kind of challenges and risks that I like to face."

On November 2nd, Kovalev, 36, will participate in his 17th consecutive world title bout and the most lucrative fight of his career against the biggest star in boxing. A Russian knockout artist and three-time light heavyweight world champion, "Krusher" is no stranger to fighting in hostile territory. He captured the WBO Light Heavyweight World Title in 2013 when he traveled to Wales and scored a stunning knockout of Nathan Cleverly. Kovalev traveled to Atlantic City to meet future Hall of Famer Bernard "The Alien" Hopkins near his Philadelphia home to unify the WBO, WBA and IBF titles with a lopsided unanimous decision victory in 2014. As unified champion, "Krusher" successfully defended his titles twice against current WBA Interim Light Heavyweight titleholder Jean Pascal in Pascal's hometown of Montreal, scoring a stoppage victory both times.

Kovalev suffered two controversial losses to former Olympic Gold medalist Andre Ward (in 2016 and 2017) and a surprise upset to Eleider Alvarez last year, but quickly regained his WBO Light Heavyweight Title each time. In August, the road warrior finally got the chance to fight in his own hometown of Chelyabinsk, Russia, stopping undefeated mandatory challenger Anthony Yarde in a sold-out arena.

When asked about this fight, Kovalev said, "In order to be the best you have to beat the best. I have always tried to fight the toughest opponents in my division, but many have ducked me throughout my career. Canelo wanted to fight me; to step up to higher weight and challenge for my belt. I will be ready on November 2nd. Thank you, Main Events, Kathy Duva, Egis Klimas, DAZN and Canelo for making this fight happen."

"Canelo is to be praised for asking to challenge Sergey Kovalev," added Main Events' CEO Kathy Duva. "Win or lose, he will make history and Sergey is extremely pleased to get the chance to test his mettle against another future Hall of Famer." She continued, "Anyone who cares at all about the Sweet Science should circle November 2nd on their calendar. I have a feeling that this will be one for the ages."

"Canelo vs. Kovalev is a fascinating matchup between champions that will highlight our entire season of premium fights on DAZN over the next several months," said DAZN Group Executive Chairman John Skipper. "Simply stated, this is the best schedule in boxing history."

Richard Sturm, President of Las Vegas Live Entertainment and Sports, said, "We look forward to hosting this tremendous matchup between Canelo and Kovalev at MGM Grand in November. These two great fighters always put on a fantastic show and we are confident they will, once again, provide boxing fans worldwide a thrilling fight when they return to Las Vegas."