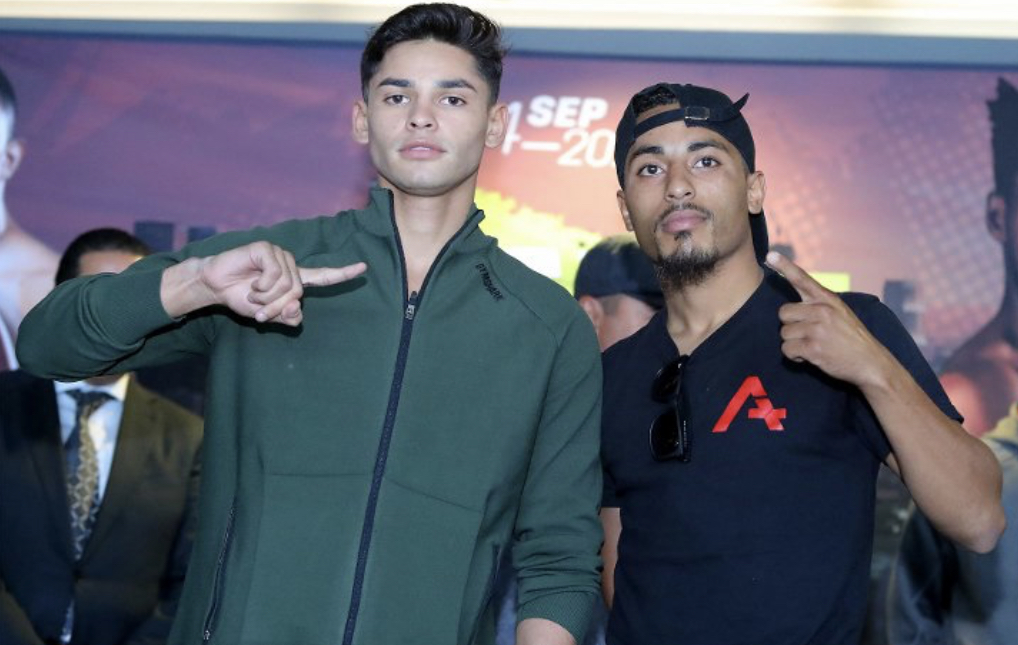 Ryan Garcia (18-0, 15 KO’s) was set to take on Avery Sparrow (10-1, 3 KO’s) in a 10-round lightweight contest night (DAZN) in Carson, California, but the fight is off after Sparrow was reportedly arrested.

According to The Athletic’s Mike Coppinger, Sparrow was wanted by U.S. Marshals and were searching gyms across Los Angeles for a previously committed crime.

There is currently no replacement opponent for Garcia (18-0, 15 KO’s), the 2017 FightNights.com Prospect of the Year. It was rumored that he could face Romero Duno instead, but DAZN officials confirmed Garcia would not be fighting.

FightNights.com eventually learned that Garcia refused to fight Duno because he thought he was too tough.

Garcia, who trains in Victorville, Califoeni, will be in his third fight since beginning to train under Eddy Reynoso, who also trains Canelo Alvarez.

Garcia has won eight of his last 10 bouts by knockout.