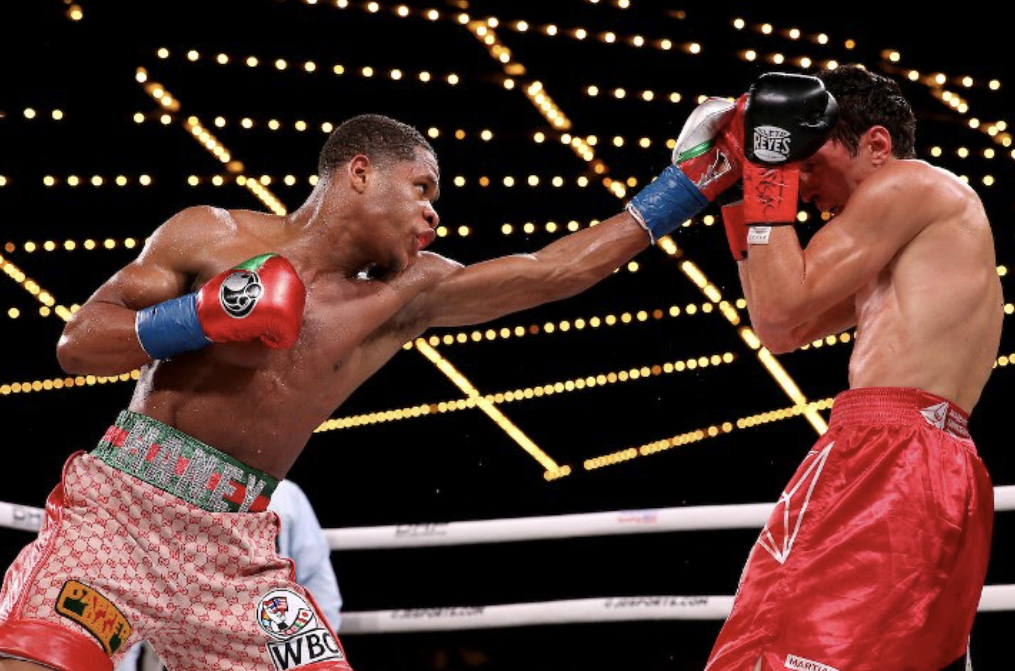 Devin Haney won the WBC interim lightweight title and moved closer to a mandatory world title shot with a dominant fourth-round stoppage against the previously undefeated Zaur Abdullaev on Friday night at the Madison Square Garden Theater in New York.

Haney called out the top pound-for-pound sensation earlier this week and continued to verbally jab him after his easy win.

"It's No-machenko because he doesn't want to fight me," said Haney. "Lomachenko, let's get this fight going. Abdullaev was number two, and I destroyed him. If I'm so easy, No-machenko should fight me and get me out of the way."

Haney displayed incredible speed and a quick jab from the opening bell. Abdullaev (11-1, 7 KO’s) had no answers, as Haney unloaded on him with precise right hands and left hooks to the body.

The bout was stopped in the fourth round after Abdullaev suffered a possible fractured cheek bone after eating another sharp right hand from Haney.

"I felt good on my performance," Haney said. "I wasn't nearly done beating him -- I was just warming up. I'm happy with the win."

Although Haney called out Lomachenko, the earliest the fight could take place is mid-2020. The Ukrainian is set to face the winner of a fight between titleholder Richard Commey and Teofimo Lopez Jr. — who are expected to clash on Dec. 14 — for the undisputed championship early next year.

Haney, who already has three wins on the year, will likely finish out the year on the undercard of the boxing match between YouTube stars Logan Paul and KS1 on Nov. 9 at Staples Center in Los Angeles.

"I've been talking to my promoter about Nov. 9," Haney said. "I think it's good for the sport of boxing, brings new fans, and gets me back in the ring."