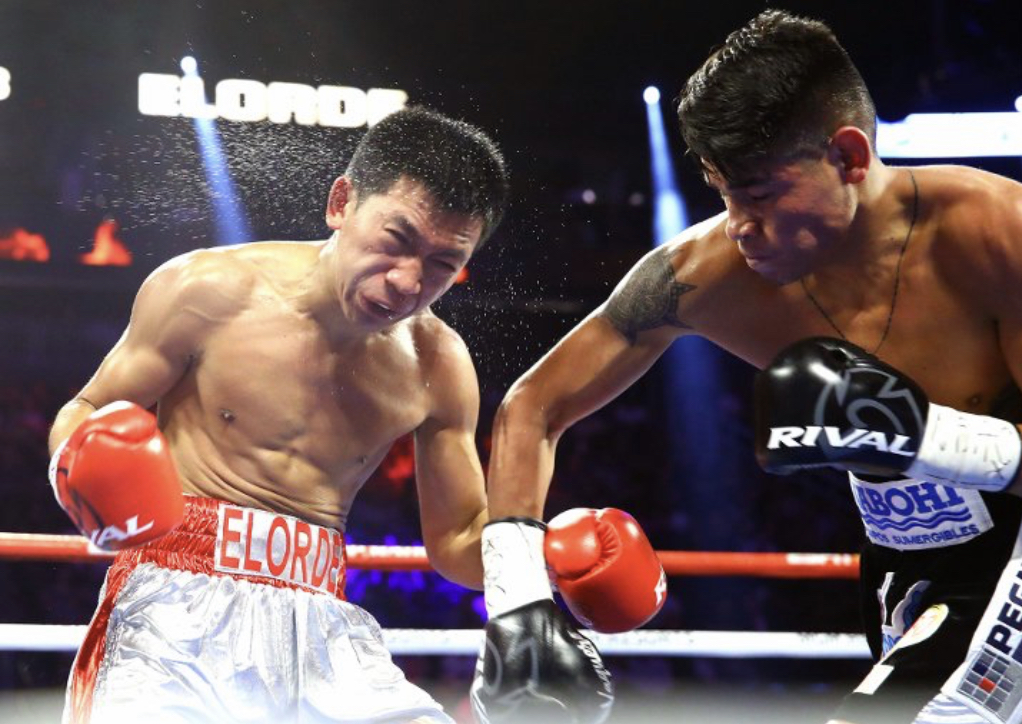 LAS VEGAS -- For the second time in four weeks, junior featherweight world titleholder Emanuel Navarrete retained his belt as he stopped Juan Miguel Elorde in the fourth round on Saturday night at T-Mobile Arena in Las Vegas.

Fighting in the chief support bout of the Top Rank Boxing in the Top Rank Boxing on ESPN+ of lineal heavyweight champion Tyson Fury's bout against Otto Wallin, Navarrete had no problems in disposing Elorde, who is the grandson of Filipino legend and International Boxing Hall of Famer Gabriel “Flash” Elorde, a former 130-pound world champion.

Navarrete (29-1, 25 KOs), 24, who retained his 122-pound world title for the third time, bided his time before letting his hands go and scored a third-round knockdown before forcing referee Russell Mora to stop the fight.

"I'm happy because I think I put on a great performance," Navarrete said through a translator. "Fortunately, my opponent is OK, and I came out here to put on a show. I hope the fans enjoyed it on my very first Las Vegas show on Mexican Independence Day weekend. 'Vaquero' Navarrete is here to stay."

On Aug. 17, Navarrete headlined a Top Rank card in Los Angeles retained his title for the second time with ease with a third-round knockout of Francisco De Vaca.

Elorde (28-2, 15 KO’s), 32, connected with a series of precise punches in the first round. However, Navarrete rattled him in the second with a sharp left hook and Elorde never recovered.

Navarrete stung Elorde in the third round with a clean right hand and never let off the gas pedal. The Mexican hurt the Filipino with a great left hand just seconds later and followed up with a combination that sent Elorde into the ropes. The referee officially ruled a knockdown as the ropes kept Elorde upright.

The fourth round was over just as quick as it started. 26 seconds into the frame, Navarrete buckled Elorde with a monstrous right hand and Mora quickly stepped in to wave off the bout.