Zepeda back in title hunt with big win over Pedraza 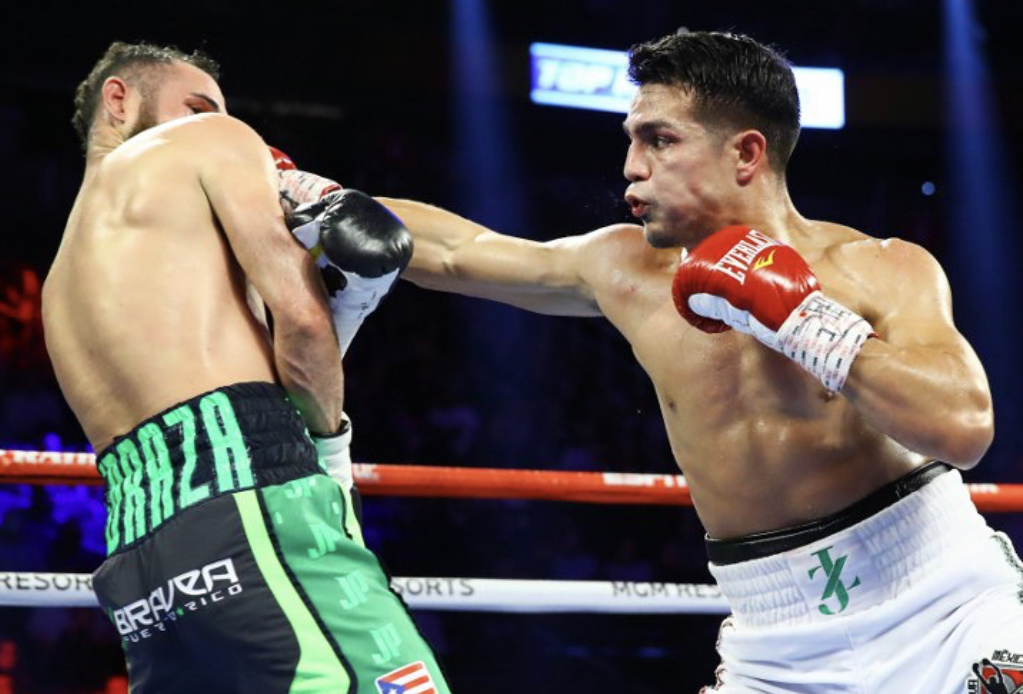 Zepeda, a southpaw won 97-93 on all three scorecards.

"It's probably one of the best days of my life. It's Mexican Independence Day. I was giving everything for Mexico," Zepeda said.

Boxing is the sport where just about anything can happen and fans and media alike are constantly reminded of that reality.

Zepeda suffered losses in two prior campaigns for a world title, a second-round TKO after suffering a shoulder injury during a vacant lightweight title bout against Terry Flanagan in 2015, and a disputed majority decision to now-unified junior welterweight champ Jose Ramirez for a 140-pound belt in February.

However, with an impressive performance against Pedraza (26-3, 13 KO’s), 30, of Puerto Rico, Zepeda finds himself back in the title chase, and he desperately wants a second shot at Ramirez.

Zepeda will likely have to wait until the summer of 2020 for that to happen. Ramirez (25-0, 17 KO’s), 27, of Avenal, California, who knocked out Maurice Hooker in the sixth round to unify two 140-pound belts on July 27 in Arlington, Texas, underwent surgery for a left hand injury last month, and will be out of action for the rest of the year.

The fight started off at a measured pace for the first few rounds. Both fighters were looking for opportunities to land, but with varying styles. Zepeda, though, was looking for Pedraza to make the first mistake, and he capitalized on the opportunity.

Zepeda (31-2, 25 KO’s), 30, of La Puente, California, repeatedly countered with the jab, and Pedraza found it to be a puzzle throughout the fight.

In the sixth round, Pedraza connected with some shots downstairs, but Zepeda fires back with jabs and by the end of the round, the marks began to show on Pedraza’s face.

Pedraza fought back in the eighth round and backed up Zepeda repeatedly with his jab, but his right eye was on the verge of shutting.

Pedraza had his finest round of the fight in the 10th. He cut Zepeda over his left eye and forced him to go toe-to-toe, but ultimately it was not his evening to shine.

"It was a very good fight. He looked very well, and I just couldn't do any of the things I wanted to do," Pedraza said. "Nothing came out the way I wanted. The instruction from my corner was to throw more punches, but nothing was going my way.

It was Zepeda’s first victory since October 2018 when he scored a seventh-round stoppage against Domicio Rondon in a scheduled 10-round welterweight contest.