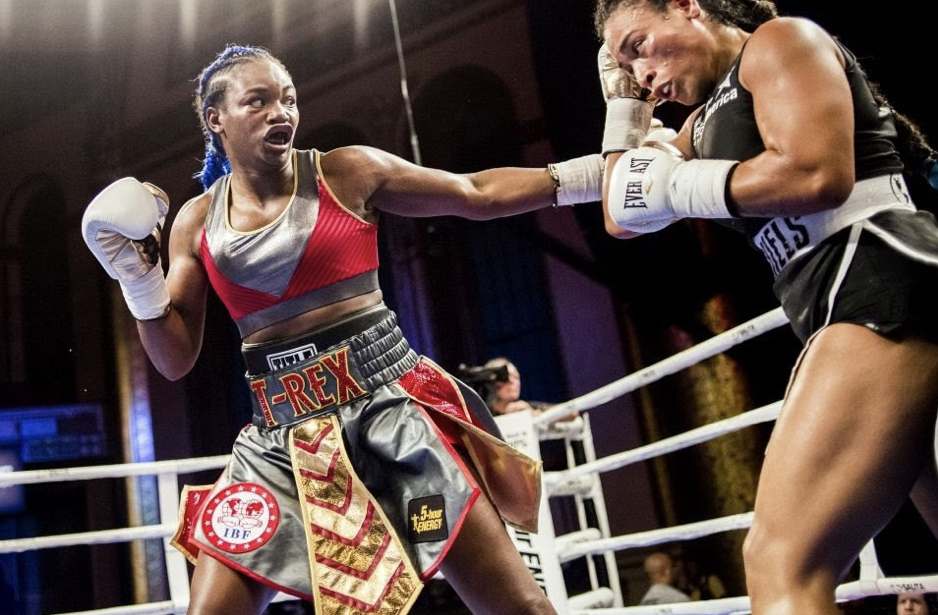 Claressa Shields has won world titles at 160 and 168 pounds, but on Oct. 5 (Showtime main event), she will face former welterweight titlist Ivana Habazin for a vacant 154-pound world title in her hometown of Flint, Michigan.

Shields (9-0, 2 KO’s), a dual Olympic gold medalist, dominated Christina Hammer in April over 10 rounds to become the women’s undisputed middleweight champion, a bout that was billed as the biggest in the history of women’s boxing.

Habazin (20-3, 7 KO’s) briefly held 147-pound title in 2014, beating Sabrina Giuliani for a vacant title in Belgium. But she never successfully defended the title after she was outpointed by Cecilia Braekhus.

Habazin also fought Mikaela Lauren for a junior middleweight title in April 2016, but was stopped inside three rounds.

She rebounded to score a fifth-round knockout of Elene Sikmashvili in March 2018 to win a secondary 160-pound title and made one defense before moving down to 154 pounds.

Although Habazin has won her last five bouts, two of those opponents are winless in their professional careers.

Shields, 24, will look to expose that on that fight night.