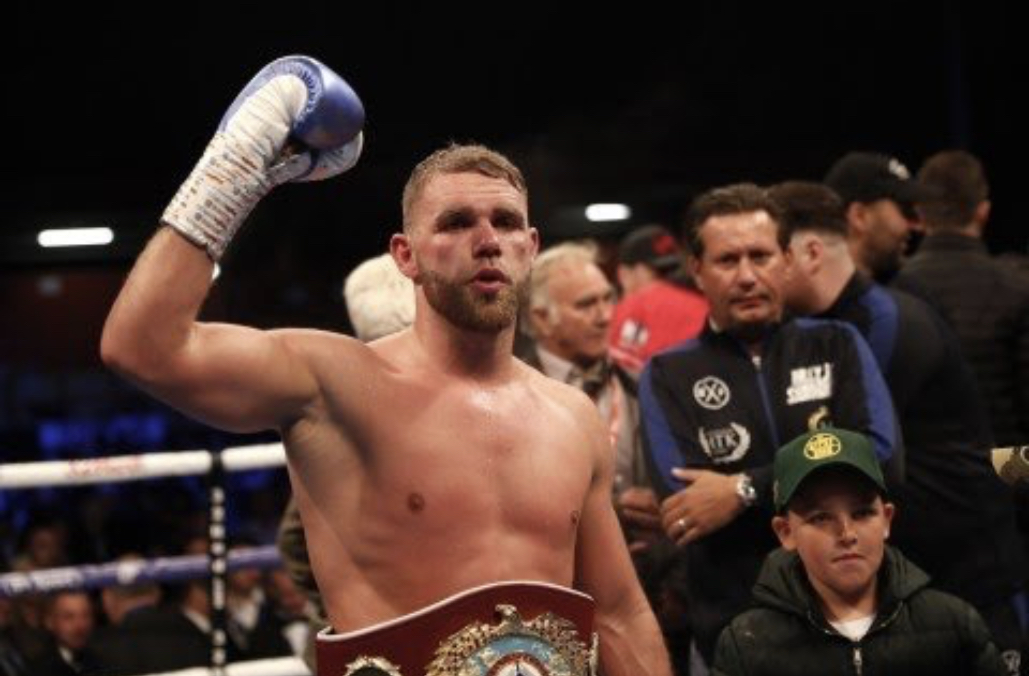 Super middleweight world titleholder Billy Joe Saunders will defend his title for the first time on the KSI-Logan Paul II card on November 9 (DAZN) at Staples Center in Los Angeles.

An opponent was not named.

Saunders (28-0, 13 KO’s), of the United Kingdom, who will make his U.S. debut, became a two-division world champion in May by outpointing Shefat Isufi to capture the vacant WBO world title.

The 30-year-old southpaw won his first world title in December 2015 when he dropped Andy Lee twice en route to a majority decision to win the WBO middleweight title. He made three defenses before vacating the title after testing positive for a banned performance-enhancing drug.

Saunders tested positive for the powerful stimulant oxilofrine, which nixed a planned fourth defense against mandatory challenger Demetrius Andrade last year. Andrade went on to defeat replacement opponent Walter Kaukondokwa to win the vacant belt, and has made two defenses.

The 30-year-old, who signed a promotional deal with Eddie Hearn’s Matchroom Boxing in August, aims to secure big fights against the likes of Canelo Alvarez, Gennady Golovkin, and Callum Smith.

“It feels like my professional debut all over again,” said Saunders. “I’m very excited to fight in front of the American fans for the first time in my professional career. The Staples Center is an unbelievable venue and I’m hearing that 20,000 people are expected to be packed in on the night.

“It’s a great chance to get some new fans onboard and a chance to capitalise on putting my name in the big lights in America. The KSI vs. Logan Paul rematch has really captured the imagination of the British and American public and it’s something that sells. Fair play to them both, it’s going to be a great show.

“People say, ‘oh you’re on the undercard’, but I feel like we’re all sharing the show, we’re all absorbing that energy off the fans. I’ve seen the numbers they attract, over six million people watched the press conference alone, and all eyes will be on us on November 9.

“I’m looking forward to making my debut with Matchroom Boxing live on DAZN. There’s been some brilliant names signed to DAZN recently and there’s some big names on the platform. It’s time to really put my impressing shoes on and put my name out there for those big fights to be made.”

“I’m really pleased for Billy that he will get to make his US debut on November 9 at the superb Staples Center," said Hearn. "Everyone in the sport knows that he is one of the best out there at 160 pounds and 168 pounds and he wanted the opportunity to prove that he is the best.

"This event will be huge with a chance for Billy to box in front of a massive global audience of boxing fans and a casual audience that we hope will fall in love with our sport. A strong performance in November can set up all the mega fights for him in 2020."