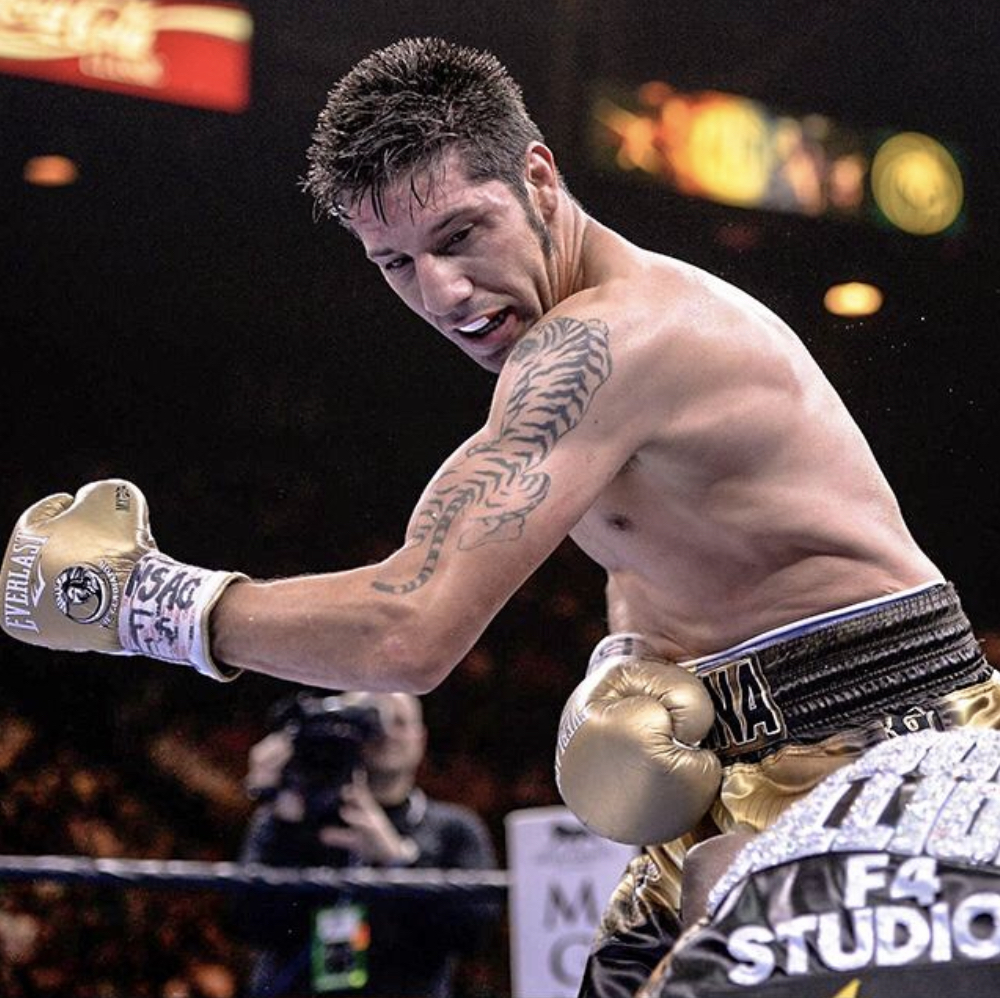 LOS ANGELES – Two-time world title challenger John Molina Jr. is walking off into the sunset just days after he suffered an eighth-round stoppage at the hands of Josesito Lopez at Staples Center in Los Angeles.

"There comes a time in every fighter's career when he has to be honest with himself," said in a statement. "I must say it's one of the hardest things I've ever had to decide, but I'm afraid this career has run its course. It's now time for me to enjoy the time with my beautiful family.

"I want to say thank you from the bottom of my heart for all the fans, friends and family who have supported me throughout this 13-year career. I am so thankful that I was given the opportunity to live my dreams and provide a great life for my family doing it.

"I also want to thank the behind-the-scenes people that also made this career possible. My beautiful wife and daughters, my mom and dad, Rick Seidner, Al Haymon, and also all my trainers."

Molina followed the footsteps of his father, John Sr., and grandfather Ysidro, and pursued a career in boxing. He went on to compile a 22-2 amateur record, including a victory in the California Golden Gloves.

That same fan-friendly, entertaining style translated wel for Molina as a professional. Although he lacked technical precision, he was always in the fight because of his thunderous power, which was put on display against Mickey Bey in 2013.

After getting outclassed for nine rounds, Molina needed a knockout to win. Bey just needed to survive any last-minute heroics and cruise to the win. However, his trainer, Floyd Mayweather Sr., urged him to go for the knockout.

It was a horrible mistake.

Molina stunned Bey with an enormous left hand and connected with another series of brutal blows to score a stunning, come-from-behind 10th-round knockout win.

After knocking out Jorge Pimentel, the tables were turned on Molina when he squared off against Argentinian slugger Lucas Matthysse in the 2014 Fight of the Year. After dropping Matthysse twice earlier in the scrap, Molina was stopped in the 11th round.

Molina also recovered from an early knockdown to stop all-action southpaw Ivan Redkach in the fourth round of their epic slugfest in Dec. 2017, his last professional win.

Although Molina is done as a competitor in the ring, you can expect to see him in the stands cheering on alongside the fans that have supported him during his decade as a pro.

"Once again, thank you from the bottom of my heart," he said. "I'll see you guys at the fights."