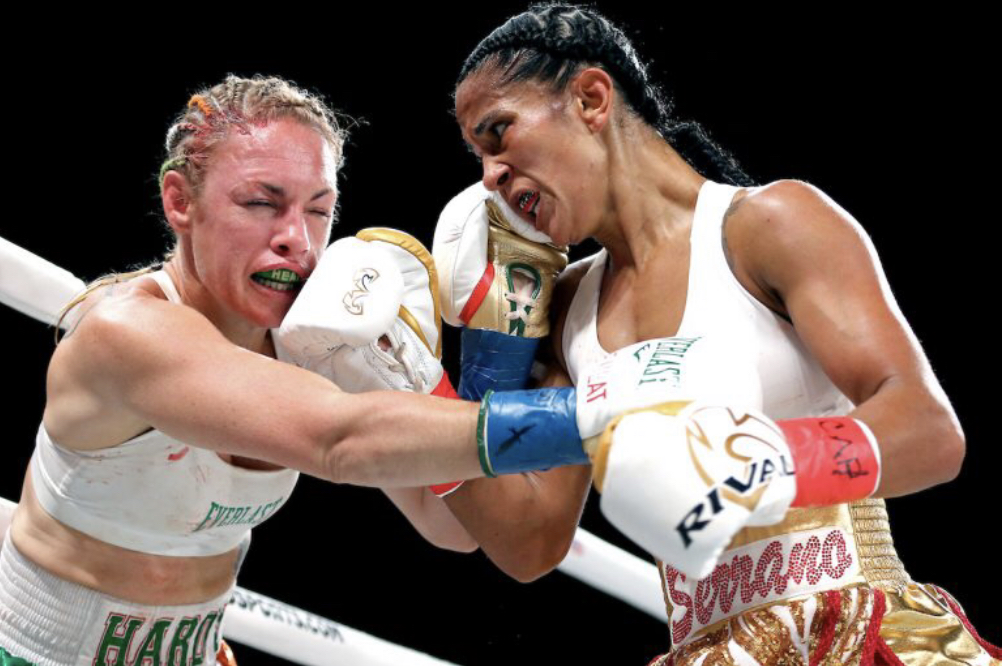 It was talked up as one of the greatest women’s boxing matches in history, but now a cloud hovers over the event.

The bout marked the first time that both fighters in a female boxing event were subject to full and random drug testing through VADA.

Serrano (37-1-1, 27 KO’s), who has won a record seven world titles in as many weight divisions, tested negative and provided a screenshot of her results on social media page.

Hardy (22-1, 4 KO’s) acknowledged the positive test after receiving harsh criticism from Serrano, who was understandably upset.

“My VADA test results just came back, negative for Performance Enhancing Drugs, but detected a prescription drug used to treat kidney and heart problems,” Hardy tweeted Thursday. “I told the testing & med (medical) professionals what I took heading into the fight, a prescription (medication) for period symptoms.

“They acknowledge this, and my now team is getting to the bottom of the findings.”

Lasix—also known as furosemide—is a diuretic. However, it is banned by both VADA and the World Anti-Doping Agency (WADA).

The drug can also be used as a masking agent for performance-enhancing drug use.

Lasix, blocks sodium, chloride and water from being reabsorbed into the blood before becoming urine, thus causing an increase in urination. It’s commonly used in race horses to prevent them from bleeding.

Major League Baseball player Robinson Cano tested positive for Lasix in May 2018. Then a member of the Seattle Mariners, Cano was subsequently suspended 80 games without pay.

Serrano, who won the WBO and interim WBC featherweight titles by defeating Hardy, is expected to face two-time Olympian and 2012 gold medalist Katie Taylor in a 2020 superfight. However, Taylor, the undisputed lightweight champion, must get passed 140-pound titleholder Christina Linardatou on Nov. 2 in Manchester, England.

Serrano, who also fights as a mixed martial artist, will likely take an MMA bout prior to their date in the ring.