Shields-Habazin off, Ennis vs. Fernandez to headline 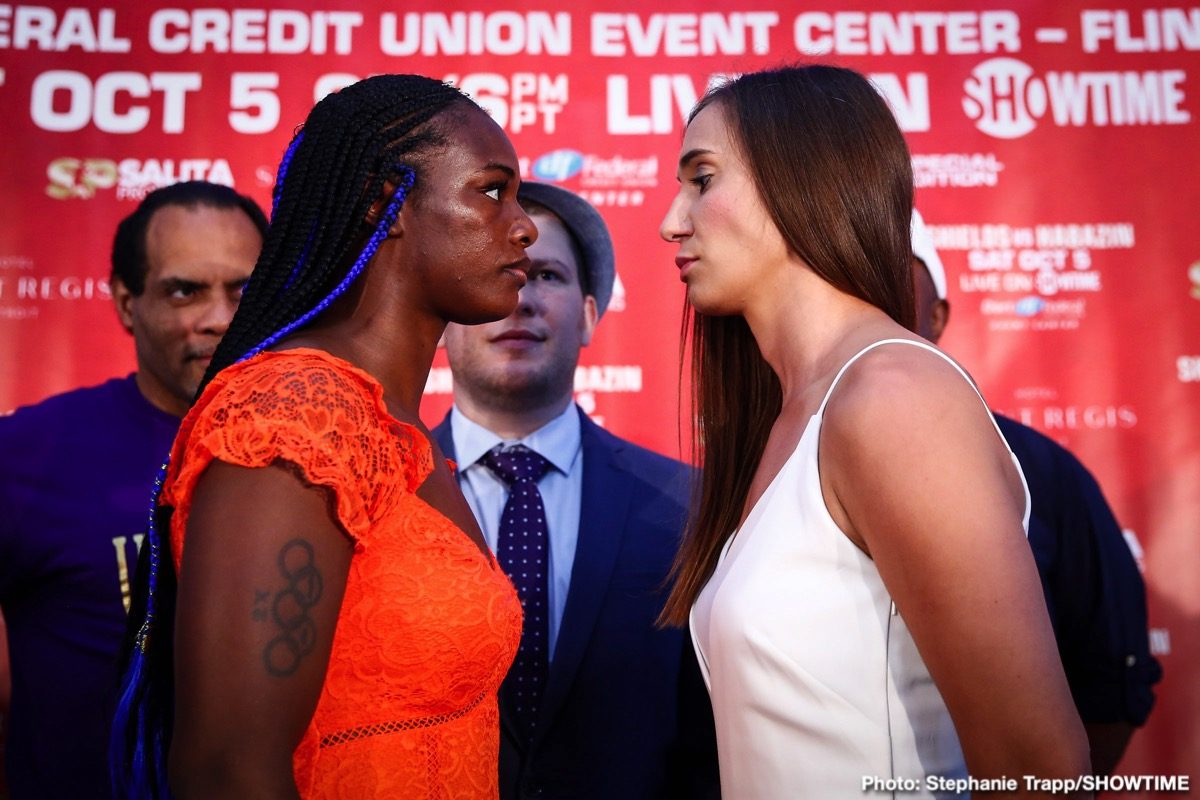 The Claressa Shields-Ivana Habazin junior middleweight world title fight is officially off after a melee erupted Friday afternoon prior to the weigh-in for the bout.

It ended with Bashir Ali, Habazin's trainer, getting sucker-punched by a man who immediately fled from the lobby of the Dort Federal Event Center.

Ali posted on social media that he was about to undergo emergency surgery at Henry Ford Medical Center in Detroit for broken bones in his face.

"I was severely attacked by a weak, gutless, coward, from behind. Please pray for my successful recovery," Ali said.

According to USA Today, the suspect has been arrested. We are continuing to follow up on leads to determine who the individual is.

Video obtained by FightNights.com showed Ali bleeding from his head after he hit the concrete floor. He was transported out of the arena on a stretcher to McLaren Medical Center for further evaluation.

Habazin, who was on the ground sobbing as her trainer was being treated on the floor of the lobby, accompanied Ali to the hospital, and did not return to the arena.

Shields said of the incident: "I don’t condone stuff like that. It’s unfortunate it happened here.”