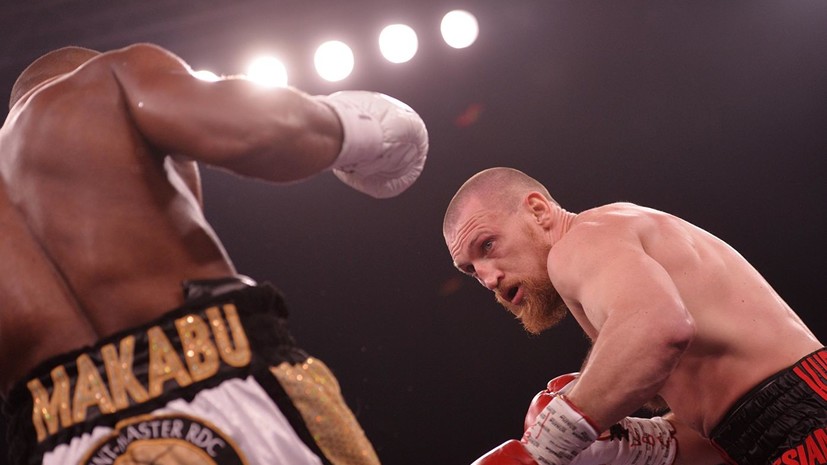 Russian cruiserweight contender Dmitry Kudryashov (23-3, 23 KOs) is looking to fight once more in 2019 before making another run for the elite of the division.

The 33-year-old is coming off the back of a 5th round stoppage defeat to Ilunga Makabu back in June. The defeat marked the third of his career after losing his undefeated streak to Olanrewaju Durodola and suffering a knockout defeat to IBF world champion Yunier Dorticos in the first round of the World Boxing Super Series a year later. Kudryashov is hoping for a tune-up fight back home in Russia to end the year with a win, and then has his eyes firmly set on a big fight in spring.

''I want to fight before the end of this year.'' Kudryashov informed fightnights.com. ''My managers are already negotiating with a few people to get me a fight. I don't think it will be a big fight this year. That will be in the spring.''

Kudryashov claimed he would be open to fighting anyone next year, but has his eyes set on avenging one of his three losses as a preference.

''I would like to fight [Ilunga] Makabu again, but I know he wont want that rematch with me.''

Kudryashov, a former WBC silver title holder, turned professional in 2011 and has made a name for himself as one of the sports most destructive punchers. He has knocked out some of the divisions top contenders including Olanrewaju Durodola and former world champion Juan Carlos Gomez. He is one of few fighters across all weight divisions who currently a hold a flawless 100% knockout ratio and has not seen the final bell in all 26 of his professional bouts.