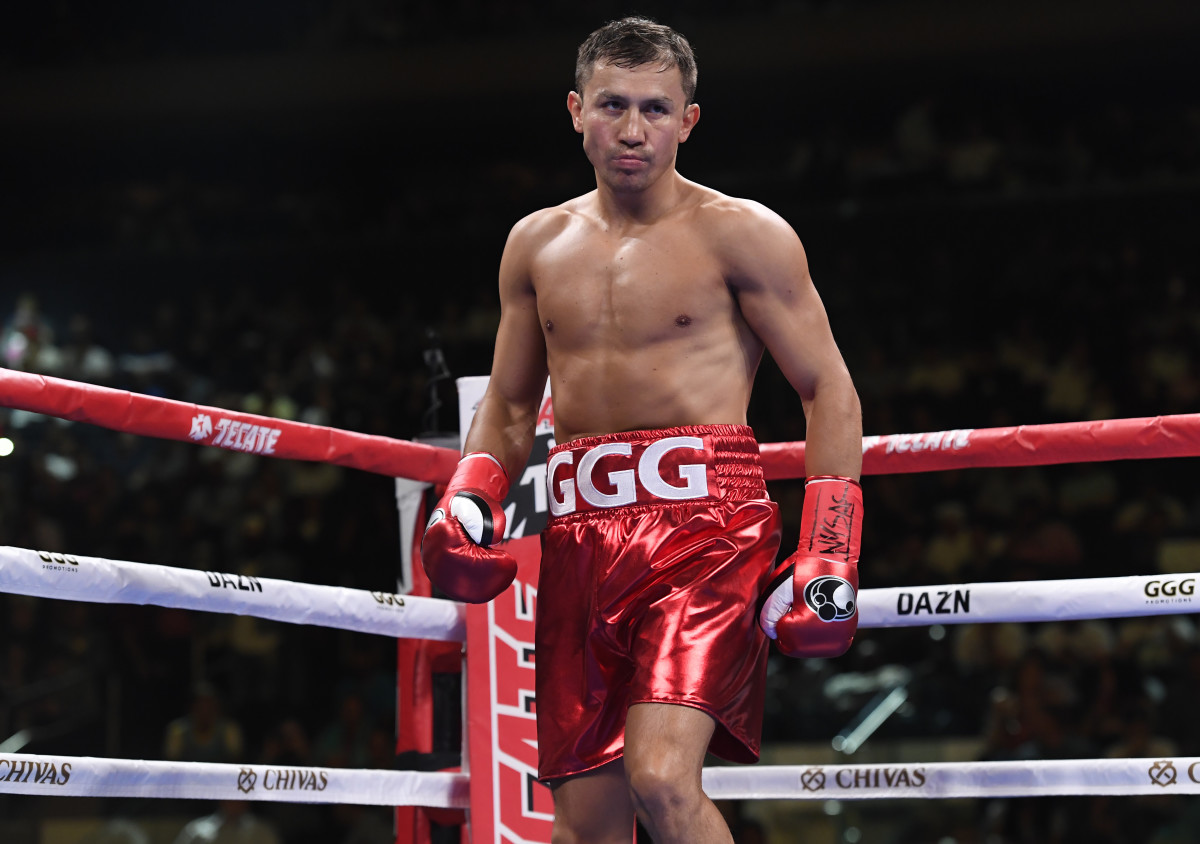 Gennady Golovkin will enter the ring as a professional for the 41st time tonight when he fights Ukrainian contender Sergey Derevyanchenko for the vacant IBF middleweight world title. A title that Golovkin held for three years before suffering a majority decision defeat to Canelo Alvarez in September 2018 along with his WBC and WBA 160Ib titles. The fights against Alvarez were no doubt the biggest test for the Kazakhstan fighter, but his test tonight is the next vital fight that he has to try to pass. Check out the odds on tonights fight and bet365 bonus code.

Golovkin was regarded by many as the best middleweight in the world for a handful of years before losing to Alvarez. He become WBA champion after stopping Nilson Julio Tapia in 2010 and after arrived on the world scene after knocking out Grzegorz Proksa in his HBO debut in 2012. Golovkin is now 37-years-old, and only fought once since his loss over a year ago, he has only fought an undefeated but unknown quantity in Steve Rolls and make quick work of stopping the American inside four rounds. At this point, how much Golovkin has left in the tank at his age and potential time needed to reclaim the number one spot in the division is up in the air.

Rolls wasn't the opponent to showcase Golovkin's status as an elite fighter in 2019, and nobody expected that fight to tell us a lot, if anything, that tune-up after two brutal wars with Alvarez and years of running through the best contenders the division had to offer was more than warranted.

He now faces his first major test back in Sergey Derevyanchenko, who has only suffered one defeat in his career to a former foe of Golovkin's in Danny Jacobs. Derevyanchenko isn't a spring chicken himself by all means, at the age of 33 he has only competed 14 times as a professional and his most notable win on his resume as his last victory against Jack Culcay. He put up a brilliant performance against Jacobs but was unable to do enough to capture the IBF crown in his first challenge, but turned up in the best shape of his career at the weigh-in for this fight.

What is at stake for Golovkin in this fight? Golovkin is touted as a heavy favourite to win this fight, which means a defeat to Derevyanchenko tonight may spark an end to one of the most dominant champions we have seen in this generation. Golovkin's desire for a trilogy fight with Canelo Alvarez, and unification bouts against the likes of Demetrius Andrade and Jermall Charlo will be a distant memory. Whether Golovkin has the hunger and desire to climb the mountain again at his age, and his will to improve will all be answered in this fight tonight.

A win for Derevyanchenko will sky rocket his career, not only will he have become a world champion, but he also would have beaten one of the sports top pound-for-pound fighters.