Golovkin-Derevyanchenko staff predictions: Who will win? 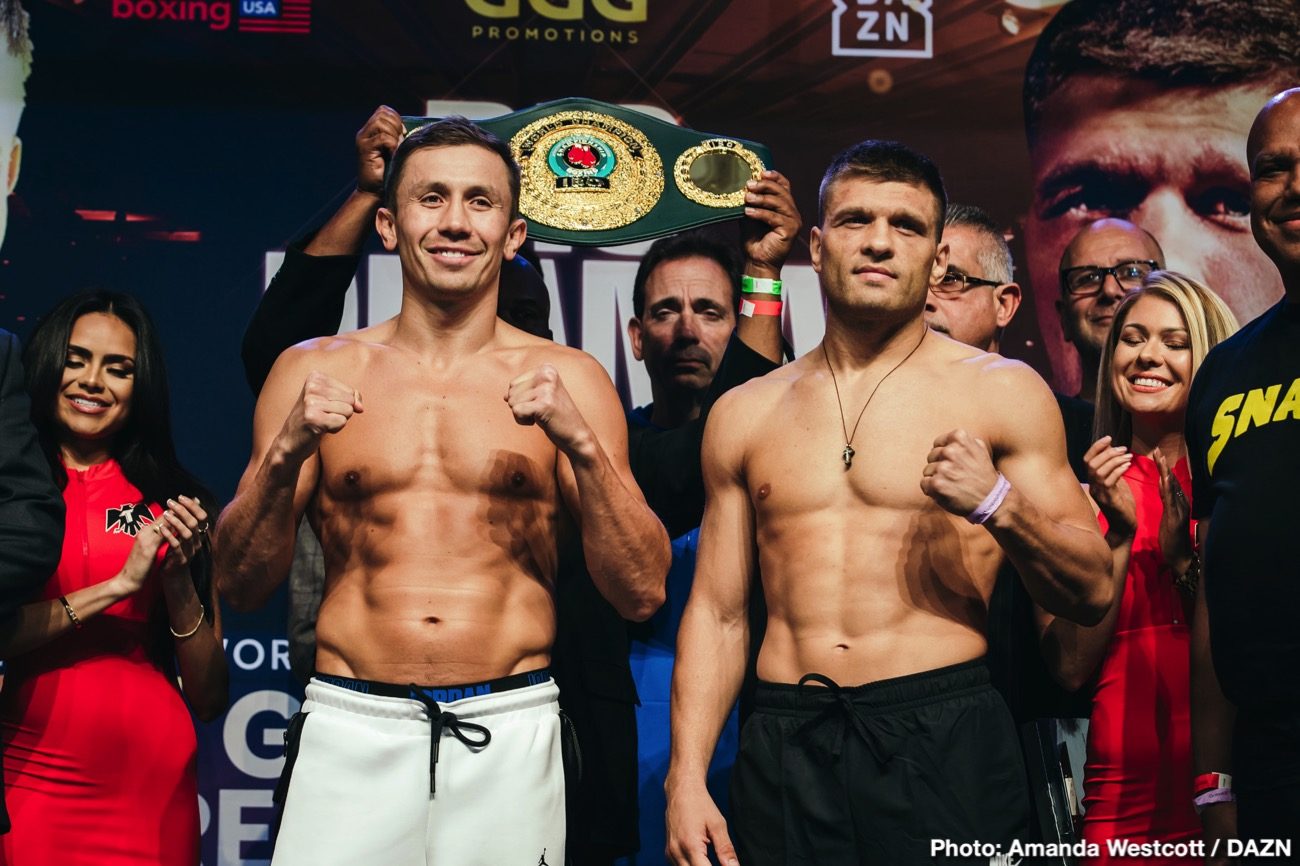 Golovkin (39-1-1, 35 KOs) is coming off a fourth-round knockout victory over Steve Rolls in June. Derevyanchenko (13-1, 10 KO's) rebounded from a split decision loss to Daniel Jacobs a year ago with a unanimous decision victory against Jack Culcay in April.

Who takes the win? Our experts make their picks.

This is going to be a fun fight. We have two warriors who love to come forward and put on a show. I am looking forward to it. However, Derevyanchenko's style is tailor-made for Golovkin. It is going to be exciting, but Sergiy won't be able to handle all of that smoke for 12 rounds.

Derevyanchenko is game, but his aggressive style favors Golovkin