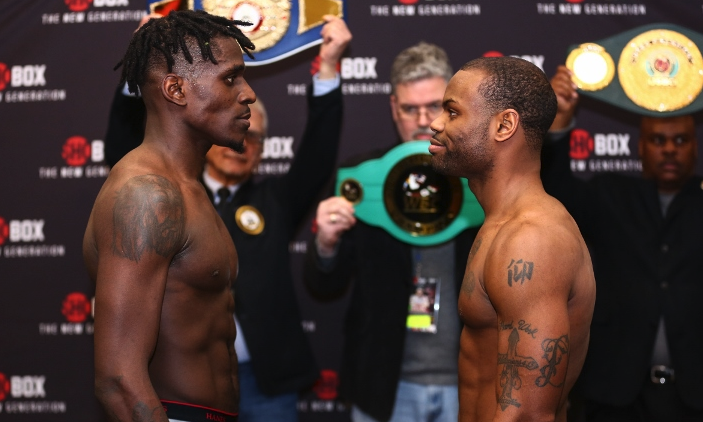 Two super welterweight veterans Kassim Ouma (29-14-1) and Ashley Theophane (47-8-1) recently entertained us with a spellbinding fight. Frankly speaking, witnessing such a tough fight is not only a complete entertainment package but also a matter of great privilege when two veterans deliver such a power-packed performance.

Initially, Theophane took care of his safety and kept moving smaller yet impactful moves. On the other hand, Ouma looked like he is completely prepared and doesn’t care in the first few rounds. But as the game progressed, Ouma kept pressuring the opponent while Theophane tried his best to avoid any contact. Then came the ninth round which literally glued us to our seats. But in the middle of the climax, lights went out and created thrilling suspense.

Eventually, the ring lights were not restored, and thus the players had to fight in the lights of the hall. By now, Ouma was exhausted. He was slow and unable to get his punches. On the other hand, Theophane did the right things, was full of energy, and still avoid getting involved.

The next fight in the event was that of Jamshid Nazari who is a Norwegian super lightweight boxer. He is known in the Norwegian betting industry such that the punters are willing to bet big on him. This is the reason perhaps why Norwegian online bookmakers offer lucrative bonuses to the players.

Nazari had one of the toughest fights of his career but still managed to register a win against Hungarian Oszkar Fiko. Thankfully, Nazari met all the expectations set on him by winning the game. Fiko got involved in some dirty punches which got his points deducted in both the fourth and fifth rounds. Although Jamshid bled badly from the nose and looked shaken, he managed to get a majority decision.