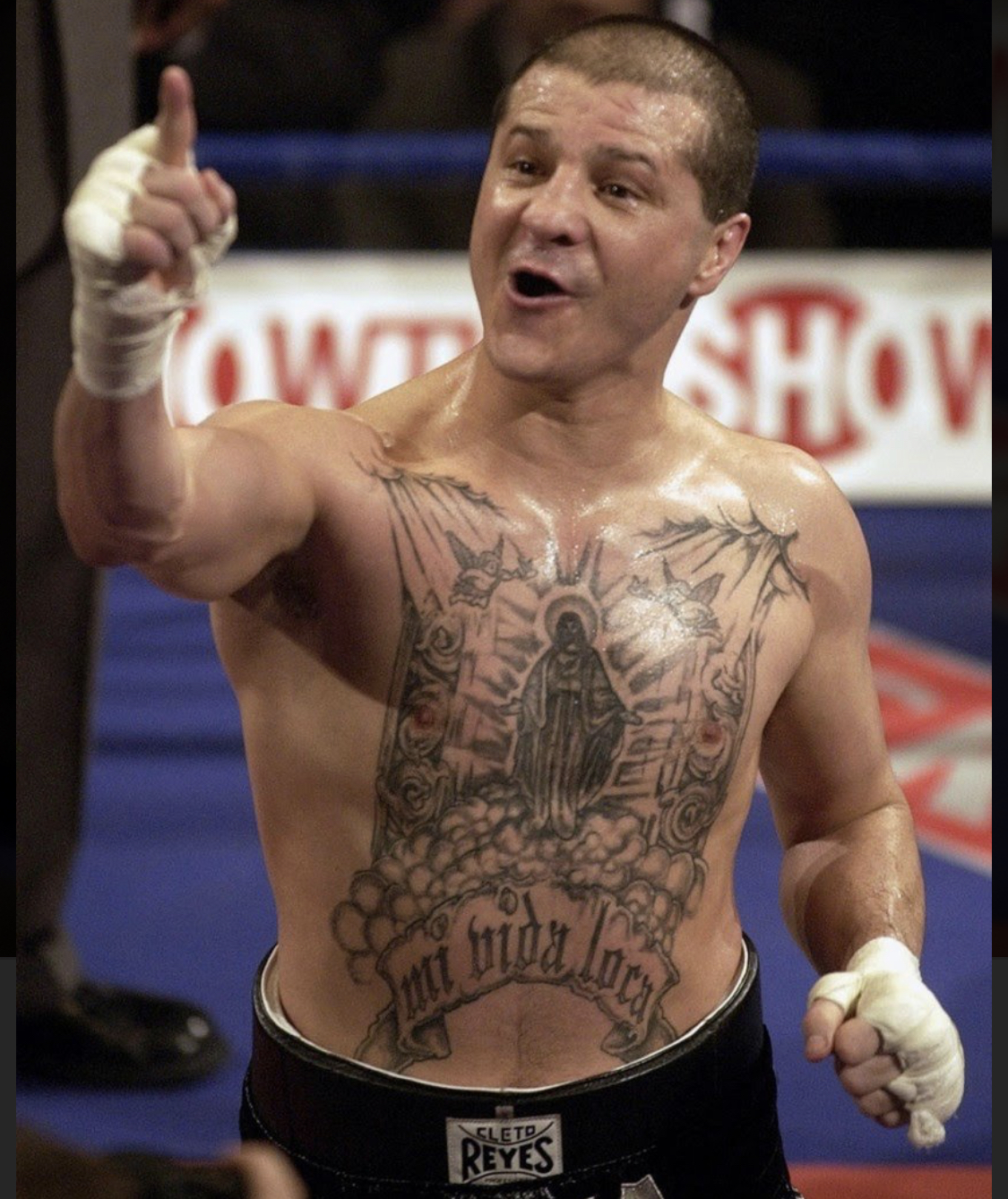 The grave of the late Johnny Tapia was attacked by vandals in his hometown of Albuquerque, New Mexico.

According to authorities, pictures were burned and destroyed, numerous glass objects were smashed, and a picture of Tapia’s mother, who was murdered when he was just eight years old, was stolen.

Tapia’s widow, Teresa, told CBS News affiliate KRQE that she was shocked and disheartened when she heard the reports.

“Shocking because Johnny loves New Mexico and I know most people love him, so it was very disheartening that people would go and decide to trash his grave,” said Tapia.

Authorities do not have any leads on who could be responsible for the damage.

After a strong amateur career, turned pro in 1988. Tapia (59-5-2, 30 KO’s) went on to become a great fighter, overcoming despite the horrific things he endured and inflicted upon himself. He won five world titles in three weight classes — junior bantamweight, bantamweight and featherweight.

Tapia was born into a life of drugs, poverty, and devastation. He witnessed his mother’s murder. She was stabbed 26 times with a screwdriver by thugs until she died. He barely got to know his father, who spent most of his life behind bars. However, despite the constant turmoil he was in, Tapia died a hero because he overachieved during a life that shed more darkness than light. His inner demons had pushed him to the brink of death on multiple occasions. He managed to cheat death until May 2012 when his heart had finished its last round.

Tapia often said that he envisioned his opponent as his mother’s murderer. That chilling vision helped him become one of boxing’s all-time greats.